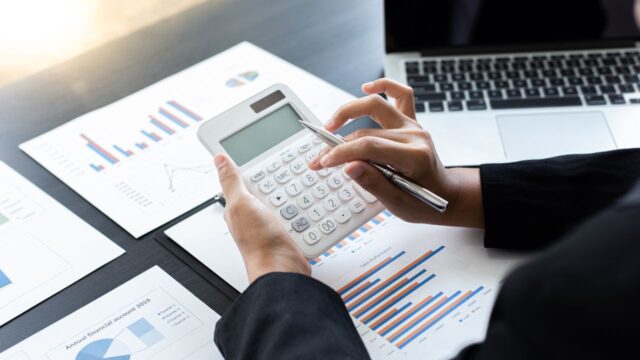 What is Asset Coverage Ratio?

The Asset Coverage Ratio is a financial ratio that measures the extent to which a company’s assets cover its liabilities. In other words, it is a measure of a company’s financial strength and ability to repay its debts. The ratio is calculated by dividing a company’s total assets by its total liabilities. A high ratio indicates that a company has more assets than liabilities and is in a strong financial position. A low ratio, on the other hand, indicates that a company has more liabilities than assets and might have difficulty meeting its financial obligations. The Asset Coverage Ratio is an important tool for creditors and investors when considering whether to lend money to or invest in a company. It can also be used by companies to monitor their own financial health.

Calculate the asset coverage ratio of a company

The formula to calculate the asset coverage ratio of a company can be found in the annual report or the 10K SEC filing. Some companies break down the formula into multiple items in the notes to the accounts section. To help you determine how to calculate the ratio, we’ve provided an example. In Company A, the ratio is greater than 100%. As the company grows, so does its debt. Then, the company increases its assets to offset the increase in debt.

To calculate the asset coverage ratio, you need to determine how much the company’s assets exceed the debt it is currently carrying. This ratio shows how much the company can afford to borrow, and helps investors predict future earnings. The ratio is a requirement by lenders, and it varies from industry to industry. If the ratio is higher than the minimum, the company has good financial management and is unlikely to default on its debt.

The calculation for the asset coverage ratio includes the three components of a company. Assets include current and fixed assets. Current assets refer to the physical assets that are in a company’s possession, and include intangible assets. Intangible assets are those that cannot be touched physically, such as patents and trademarks. Current liabilities refer to the debt the company owes within a year.

Calculate the cash coverage ratio of a company

How do you calculate the cash coverage ratio of a company? You need to take the total cash equivalent amount and divide it by all current liabilities. This information is usually provided in the income statement. This ratio can be useful in tracking trends and is often used by lenders to determine the financial health of a company. The higher the cash coverage ratio, the better. However, it is important to remember that any ratio below one could be a warning sign for financial problems. For example, a ratio of less than one could indicate the company is at risk of defaulting on a loan. A ratio greater than one could mean the company is able to repay all of its debts and will not face any problems paying interest.

Calculating the cash flow coverage ratio of a company is crucial to understand how well a company can pay off its debts. It is an important metric to look at in any financial report and is a useful way to assess a company’s liquidity. If the company’s operating cash flow is greater than its total debt, it is considered to be in good financial condition. The ratio of 2.17 means that a company has a high liquidity position.

Calculate the debt coverage ratio of a company

The debt coverage ratio is an important financial tool to gauge the company’s ability to pay its debt. Basically, a company’s net profit divided by its debt will give you a good idea of whether it can handle its current level of debt. It is a ratio used by financial institutions to determine the risk of a company. Here’s how to calculate this ratio using Excel. Once you have the formula, you’re ready to begin calculating.