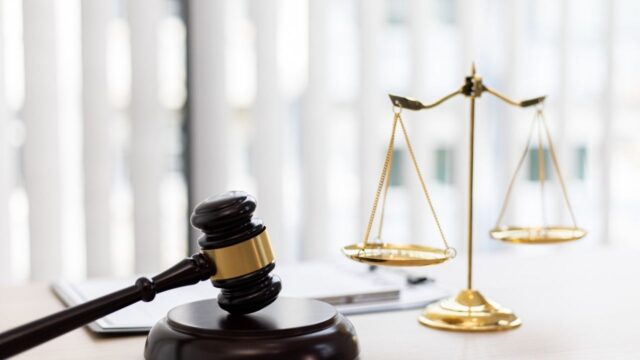 Often people use the terms’ heir and beneficiary interchangeably, but they are not the same thing. The beneficiary does not necessarily have to be an heir; it can also be a close friend, longtime partner, son-in-law, charity, or any other designated recipient. If the deceased person did not have any children, the beneficiary would be the children of his or her spouse. Here are some of the important differences between the terms.

Adopted heirs have the same rights as biological children

Although adoptive children are not legally related to their biological parents, they do have the same rights and responsibilities. They are legitimate children and are entitled to support from both biological and adoptive parents. Adoptive parents are responsible for caring for the children until they reach the age of majority. They may also contest the will of the deceased parent. If you suspect that you may have grounds for a lawsuit, contact an estate lawyer or a lawyer referral service.

Heir apparent and beneficiary are terms that apply to people who inherit a deceased person’s estate. An heir is usually the child or spouse of a deceased individual, and is entitled to the estate if the deceased person did not create a will. In some states, the term heir is also used to describe a person’s heirs in a will. It also applies to the beneficiary of a will.

Heirs in a will

The question of who is entitled to receive the estate is a common one. A written will, or trust, specifies the rights of the beneficiaries, who will receive assets from the estate. Courts have defined what an heir is and cannot inherit. A beneficiary is not necessarily a direct relative, but they may be designated as such in a will. A friend is a beneficiary in a will, but not necessarily an heir.

Generally, heirs inherit the estate of a recently deceased person. In some cases, this heir is a child, but sometimes a spouse or another individual may be named as an heir. In a will, the term heir may also refer to an individual who inherits property based on a line of succession. For example, a parent may be an heir if the deceased parent died without leaving a will.

In addition to the name of the deceased person, the will may also name a named beneficiary. The surviving spouse, in the third order of succession, would be in the position of second heir. It’s important to keep these two persons updated on the relevant documents. Heirs can also increase or decrease their marital deduction by specifying assets as deferred US tax. However, it’s important to remember that a testamentary will not necessarily specify who will receive a specific amount of assets.

Heirs in a trust

Choosing to leave your estate to a trust will give your family peace of mind after your death. If you die with no trust, your children may be reckless with your estate, spending it without any thought of the future. In a trust, you control the distribution of assets to surviving children or a spouse, deferring distributions over a period of years. That way, you can prevent family arguments and maintain your privacy after your death.

Heirs in a trust can be difficult to manage because there are so many beneficiaries. However, it is possible to make changes to the terms of the trust at any time. For example, the heirs may wish to move the trust to a state with a lower tax rate. Another state may be more favorable to your beneficiaries in terms of creditor protection. To make changes to the trust, you can amend your will or establish a revocable living trust.

Beneficiaries in a will

A will may specify the beneficiaries of a person’s estate. The beneficiaries may include any person or organization whose financial needs the deceased person tended to meet. Listed beneficiaries should include their social security numbers, current address, and contact information. Beneficiaries can also include charities and nonprofits. It’s important to review the document regularly to update it as life may change. A beneficiary’s identity may need to be changed if they pass away or become incapacitated.

Stu, a divorced father of two grown children, recently updated his will to name his children as beneficiaries. In addition to them, he named an animal shelter as a beneficiary. Upon his death, Stu leaves 90% of his estate to his children. The remaining 10% will be left to the animal shelter. As you can see, this is a very generous gift for anyone to make. The beneficiaries are sure to be happy with the results.

Choosing beneficiaries can be challenging. If you want your family to receive everything, it’s important to specify who will receive the assets. You don’t want to rely on a judge’s interpretation of the will. A good example of this is in Knipe v British Racing Drivers’ Motor Sport Charity. In this case, a retired professional race car driver named his son and daughter as beneficiaries. He also specified three grandchildren as contingent beneficiaries.

They can be the same person

A beneficiary doesn’t necessarily have to be an heir. They can also be a long-term partner, stepchild, or a charitable organization. A beneficiary is also a person’s pet. Many people don’t consider themselves an heir when setting up an estate. Parents may leave assets to romantic partners, or omit their wayward grandchildren from their wills. Beneficiary designations at financial institutions are a common way to pass on assets.