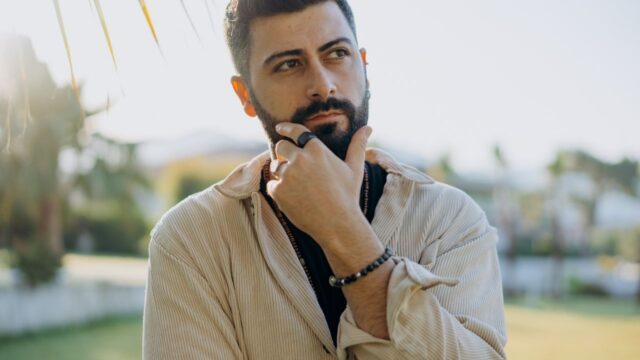 When deciding which state to call home, the issue of domicile vs residence can be complicated. While determining statutory residency is fairly straightforward, the issue of domicile can be complicated, with intent an important factor. While the state you deem to be your statutory residence will play an important role, no other state will be able to tell you your true intentions. Some people will lie to get the advantage of claiming a more favorable state as their domicile.

When deciding which home to call your domicile, you must consider your intention. You will likely have a more difficult time choosing your primary residence if you live in two places. Essentially, your domicile is where you intend to return. Often, a person’s primary home will be the country or place where they plan to remain for a long period of time. The difference between domicile and residence is often subtle, but it is important to understand.

Determining your domicile is not as straightforward as determining your statutory residency. The key factor is your intent, which you can prove only by yourself. It is not enough to own a house in one state and spend most of your time there. It is vital to make sure that you are intent on changing your domicile and taking every opportunity to do so. The best way to do this is to officially declare your state of preference as your permanent residence.

When determining your domicile, you must show that you have made the move for a long time and that you intend to make it your permanent home. To do this, you can begin the process of establishing your new home by integrating into the community, changing your address on bills and accounts, and spending some time in the new state. This is not a difficult process, and it can take a few months to establish your new residence.

Intent of domicile vs residence is important for tax purposes. It is important to keep in mind that courts typically weigh all of these factors to determine your domicile, and it is important to work carefully and legally. Take all necessary steps to remove all connections to your former domicile. If you are unsure of the rules on your specific domicile, you can contact a tax attorney to determine the correct path for you. This will help reduce the risk of double taxation.

Domicile and residence are not the same. While both are important to your legal status, they are different. While one may be your domicile, another may be your residence. Intent of domicile means that you intend to make your home your permanent home. Domicile is usually the more permanent of the two, while residence refers to your current address. A person may have more than one residence, but only one domicile.

Legal documents in Domicile vs Residence

Domicile is the country where you have your primary legal address. You may be assigned a particular address in a legal document, but that does not mean you have to live there permanently. Your domicile will determine where you can use government benefits and pay taxes. But, do you have to live in your domicile to take advantage of these benefits? The answer depends on your situation. Read on to learn about the differences between residence and domicile and their impact on legal documents.

Dwelling in another country is not necessarily a mistake. You may have multiple residences. You might live in a college dorm for a couple of years, but your domicile home will be the place where you grew up. A domicile home is a person’s primary residence, and the place they feel most comfortable is usually their residence. If you plan on living in different places during your lifetime, it’s important to understand the distinctions between these two terms.

The main distinction between residence and domicile is the intent to make the residence the home. Domicile is subjective, but courts will look at your intent to make the residence your primary home. For example, a temporary home could become your primary residence if you sublet it illegally and get long-term employment in an area near your temporary residence. It’s crucial to note that the intention to change domicile is subjective, so you should always work in a legal manner. It’s also important to dispose of any connections you may have to your previous domicile.

Domicile can be complicated to define, so it’s vital to know the difference between the two. The definition of domicile varies from state to state, but they generally agree on two key concepts. A person’s domicile is his permanent, fixed principal residence. People who have more than one residence can claim one as their domicile. In some cases, however, it can be hard to determine whether you’re a permanent resident in a state or a temporary resident in another country.

Tax implications on Domicile vs Recidence

There are several important tax implications of domicile vs residence. Changing domicile is not an easy decision, and the process can be complicated. But BDO understands the process and has issued guidance to help taxpayers seamlessly switch states. Here are some considerations for changing your domicile. These might seem simple, but they are not. Consider the following scenarios. You live in more than one state. You own and operate several businesses.

Your intent determines your domicile. Although states have different standards, they generally agree on two basic concepts. Your domicile is your principal, fixed residence. It can be in several places, but it is your main residence. It does not include a temporary residence. The tax implications of domicile vs residence are significant and should be considered carefully. In addition, you should know that your domicile can change if you move to another state.

Your state of domicile also affects your federal income taxes. Domicile in a high-tax state means your income will be taxed in that state. Similarly, you can’t choose a state with no state income tax because you’ll still have to pay state income taxes on the income you earn in that other state. Domicile in a state that doesn’t tax its residents will be beneficial in the long run.

In most states, you are considered a resident if you spend at least 183 days in that state. However, if you’re in two or more states, it is important to choose one state and cut your ties with the other. If you’re not sure, check the state’s rules on residency. This will ensure that you’re not in two states, but that you don’t end up owing double taxes.

The intent to permanently establish a new domicile is another important factor. While you may want to maintain a residence in your former state, you’ll want to avoid spending too much time in it. It is tempting to stay in the former state to spend time with family and friends. But this can complicate things. Besides, it’s difficult to prove intent to leave the state where you now live. A personal calendar can help you.

Choosing a state of domicile

Choosing a state of residence and domicile is not as easy as determining statutory residency. Among other things, intent to live in one state is an important factor in determining your domicile. While you are legally required to live in the state where you work and maintain your primary residence, you may lie to try to get a better domicile state. To avoid being caught in this trap, choose only one state and cut ties with the other.

Many states require you to reside in a house or apartment for 183 days. If you plan to live in a different state for less time, it is best to cut ties to your old residence. State law looks for property and other “contacts” to determine your domicile. Once you’ve moved out of your current domicile, your old state may challenge your decision. If you’re unsure of which state is your true domicile, the following information may help.

If you live in a single state, your residence will depend on the state in which you have registered your vehicle. You may also choose to keep your former address. Choosing a state of residence depends on the situation in your life, such as your relationship with family or friends. Choosing a state of residence is an important part of establishing an identity. A new state is likely to have more favorable laws regarding immigration and residency, so it is important to choose the right one.

Choosing a state of domicile is an important part of estate planning. If you move from your domicile to a different state, your heirs will have to file their tax returns in their new state. It is essential to understand the differences between residence and domicile. You may have more than one residence, so it is crucial to choose a state of residence that suits your personal situation. This can affect your estate planning and your state income taxes.

If you own two houses, you can use Florida as your state of domicile. However, you will have to prove that you live in Florida for at least half of the year. This is important because you must be home in the new residence more than half of the year. This is not enough, however, to win an audit. Regardless of where you live, consider the implications of the state of your residence.