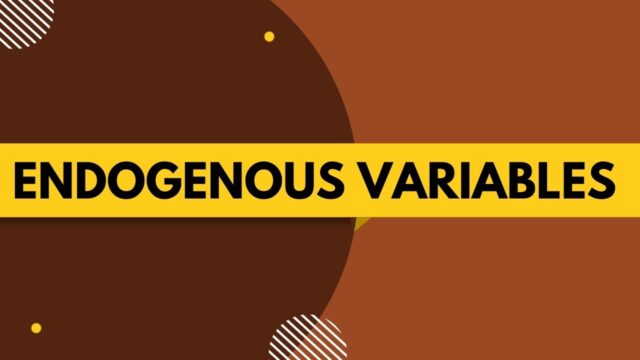 How do economists use endogenous variables to explain economic behavior

What are some examples of endogenous variables in macroeconomic models

Are there any limitations to the use of endogenous variables in economic analysis?

What implications does the Endogeneity of Variables have for policymaking?

This can have implications for policymaking, as policies that are designed to target one variable may unintentionally impact another. For example, consider a policy that is designed to reduce inflation by lowering interest rates. While this may be successful in the short-term, it could also lead to an increase in debt levels and future inflationary pressure. As a result, policymakers must be careful to consider the potential implications of their actions before implementing any policies. Failure to do so could lead to unintended consequences that could offset or negate the desired effects of the policy.

Are there any ethical considerations that need to be taken into account when using endogenous variables in economic analysis?

There are also a number of ethical considerations that need to be taken into account when using them. One concern is that endogenous variables may be used to manipulate results. For example, if an economist wants to show that a certain policy will be effective, they may only include data that supports this claim. Additionally, endogenous variables may also be used to exploit vulnerable groups. For instance, lower-income individuals may be more likely to be influenced by economic incentives than higher-income individuals. As such, politicians and businesses may use this knowledge to influence voting patterns or consumer behavior. While endogenous variables can be useful tools for economic analysis, it is important to be aware of the potential ethical implications of their use.