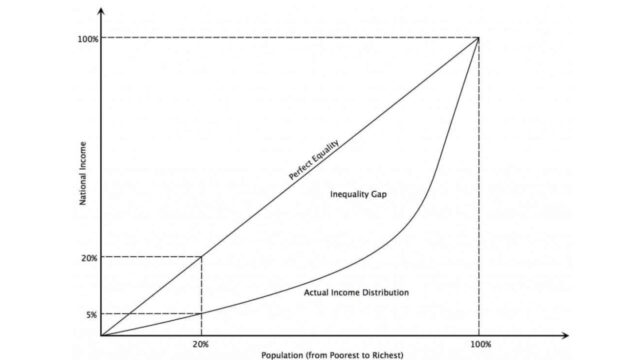 What is the Lorenz Curve

How to calculate the Lorenz Curve

Uses and applications of the Lorenz Curve

The curve is created by plotting the cumulative percentage of population against the cumulative percentage of wealth. The resulting shape can then be used to calculate the Gini coefficient, which is a measure of inequality. The Lorenz curve has a number of uses and applications, both in economics and in other fields. For example, it can be used to measure inequality in income, wealth, or consumption. It can also be used to compare different countries or regions, or to track changes in inequality over time. Additionally, the Lorenz curve can be used in conjunction with other statistical tools, such as regression analysis, to help explain why inequality exists and how it can be reduced.

Limitations of the Lorenz Curve

The most common type of Lorenz curve is the household curve, which measures inequality within a household. This type of curve is easy to calculate and understand, but it does not give a true picture of inequality because it does not take into account different household sizes. The Gini index is another common type of Lorenz curve, and it is often used to measure inequality between countries. The Gini index is more complex than the household curve, but it gives a more accurate representation of inequality.

Other measures of inequality

The curve is created by plotting the cumulative percentage of wealth against the cumulative percentage of the population. The resulting curve will always fall below the line of equality, where everyone has an equal share of wealth. The further away from the line of equality, the greater the level of inequality. The Gini coefficient is a mathematical formula that can be used to measure the amount of inequality in a population.