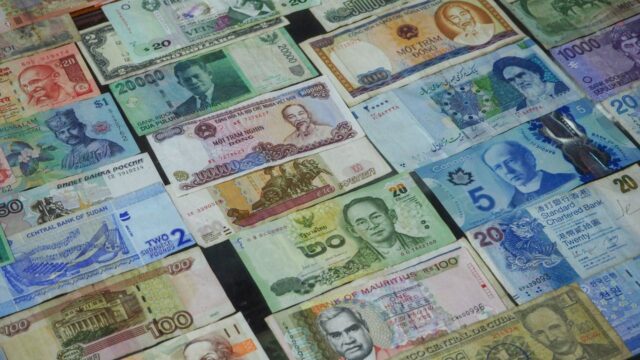 What is Exchange Control

Exchange Control is a system that controls the flow of currency in and out of a country. It is usually put in place by the government in order to stabilize the currency, prevent inflation, and protect the economy. Exchange Control can take many different forms, such as limiting the amount of currency that can be bought or sold, imposing restrictions on how money can be transferred out of the country, or pegging the currency to another currency. In some cases, Exchange Control may also involve controls on other types of financial transactions, such as investing in foreign stocks or bonds. While Exchange Control can have positive effects, it can also lead to economic problems if it is not well-designed or properly enforced.

The benefits of Exchange Control

By limiting how much currency can be exchanged, the government can stabilize the value of its currency and protect its economy from unforeseen shocks. Exchange controls can also be used to achieve other economic objectives, such as promoting export-led growth or protecting local industries from foreign competition. While exchange controls can have some benefits, they also come with some risks. For example, if a country’s currency becomes overvalued, it can lead to excessive inflation. Similarly, if a country’s currency becomes undervalued, it can make imported goods prohibitively expensive. Overall, exchange controls can be a useful tool for managing a country’s economy, but they should be used sparingly and with careful consideration.

The drawbacks of Exchange Control

Until the early 1970s, most countries had some form of exchange controls in place. These controls were designed to limit the amount of currency that could be bought or sold, in order to prevent destabilizing capital flows. However, exchange controls can also have a number of negative effects. For one thing, they can create artificial barriers to trade. When businesses are unable to buy or sell foreign currency freely, it can make it difficult to import or export goods.

In addition, exchange controls can lead to black markets for currency. When people are unable to obtain the currency they need legally, they may turn to illegal sources. This can create an underground economy and provide opportunities for money laundering and other criminal activities. Finally, exchange controls can be burdensome for businesses and individuals alike. The paperwork and red tape associated with these controls can be costly and time-consuming. For all these reasons, many countries have abandoned exchange controls in recent years.

How to get around Exchange Control

If you’re planning to travel outside of the country, it’s important to be aware of exchange control regulations. Exchange control is a system that controls the flow of currency in and out of a country. Each country has its own Exchange Control Board which sets the rules for exchanging currency. If you don’t comply with the regulations, you could face serious penalties.

There are a few ways to get around exchange control. One is to apply for an exemption from the Exchange Control Board. This is typically only granted for business purposes or if you’re planning to travel for a medical emergency. Another way to get around exchange control is to buy foreign currency on the black market. This is illegal in most countries, but it’s often possible to find currency dealers who are willing to sell at a lower rate. Finally, you can try to use a credit card that doesn’t charge foreign transaction fees. This can be difficult, as most credit cards will charge a fee of 3-5%. However, some cards don’t charge any fees, so it’s worth looking into this option.

Exchange control can be a hassle, but if you know the regulations and how to get around them, you’ll be able to travel without any problems.

In many countries, the government imposes strict controls on the exchange of currency. This practice, known as “exchange control,” is designed to prevent capital flight and protect the value of the local currency. However, exchange control can also have a negative impact on businesses, tourists, and other individuals who need to exchange currency. As a result, many countries have begun to liberalize their foreign exchange markets and adopt alternative policies to exchange control. For example, some countries have implemented “swap arrangements” that allow businesses to hedge against currency fluctuations.

Others have created “free trade zones” where foreign currencies can be freely exchanged. By adopting these and other measures, countries can encourage international trade while still maintaining some degree of control over their currencies.