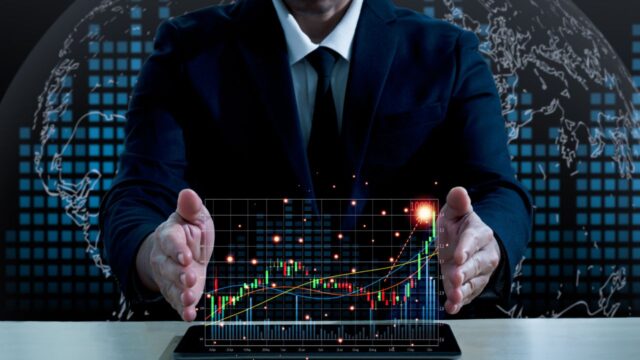 What Is a Bear Put Spread?

A Bear Put Spread is a trading strategy in which a trader buys and holds two put options with the same strike price. The choice of strike price depends on the aggressiveness of the trade. These options must have the same expiry date and underlying security. The payoff of a Bear Put Spread depends on the trader’s ability to hold both positions to expiration. In general, a trader can earn between 5 and 20% from the trade.

This is ideal for traders who believe a particular security or stock will decline in price for a specified period of time. Its value increases when the stock price falls, and it decreases when the stock price rises. It has a negative delta, which measures the amount an option will increase in price with a change in the stock’s price. It consists of a short put and a long put, with the time to expiration being the same. The gamma of the short put is near zero.

A bear put spread is a debit spread that involves buying a put with a higher strike price than the current stock price and selling it with a lower strike price. This strategy can result in a profit or a loss. Its payoff profile shows a break-even point and risk-reward ratio. This type of spread allows the investor to limit the amount they risk while taking a position in a stock.

The tradeoff between the potential gain and the potential loss with a bear put spread is compelling to many investors. The potential profit is limited but the risk is high should the stock rally. This strategy is ideal for traders who believe that the price of the underlying security will fall only a certain amount. The risk-reward ratio is high, so it is not recommended for beginners. However, a bear put spread can be lucrative for long-term investors who think the price of a stock will drop significantly.

Time erosion effect on the price of a bear put spread

They are used by investors who believe that a security or stock will decrease by a certain amount. However, the trade-off between risk and reward is very attractive to many traders. As the name suggests, the bear put spread involves buying a put option on the same stock and selling a put on a lower strike price. The maximum profit from this trade is the difference between the strike prices of the short put and the long put.

This is because time decay has a varying effect on the price of an option. It increases when the option expires nearer its expiration date and decreases as its life extends. The effect is most prominent with shorter-lived options, which expire before the underlying stock. However, most stocks rise and fall along with the overall market, so this strategy can be quite profitable if you understand how the time decay works.

A bear put spread involves buying a put option with a higher strike price and selling one with a lower strike price. You can reduce your overall cost by selling the put option, but this will limit your profits. In other words, you can’t sell a put option that is out of the money without paying the cost of the commission. The net price at expiration is equal to the difference between the two. As such, a bear put spread can be a good investment if you can make a profit by selling a put.

A bear put spread is a modestly bearish strategy that is best used when traders believe that stock prices will decrease over the short term. The strategy works well when technical analysis is used in conjunction with technical analysis. When analyzing chart patterns, you can identify when a stock is likely to fall and identify thresholds for buying put options. A descending triangle, for example, signals an opportunity to stack bearish options. Similarly, if a stock price is nearing a breakout, it may be a good time to short a bear put spread.

A bear put spread has a clear risk/reward profile, with explicit limits on the upside and downside. Breakeven point is equal to the strike price of the purchased put minus the net debit. If the stock closes higher than the strike price in April, the spread will result in a net debit of $48. The investor would have made a loss of $38, but the profit potential would still be higher than the initial cost.

The Bear Put Spread is a type of vertical option trading strategy involving two put options, with different strike prices. The investor expects the price of the underlying security to decrease over time. By purchasing lower strike Long Put options and selling higher strike OTM Put options, the investor hopes to make a profit on the downturn. As a result, the breakeven point for the bear put spread is much higher than that of the long put spread, despite the higher cost.