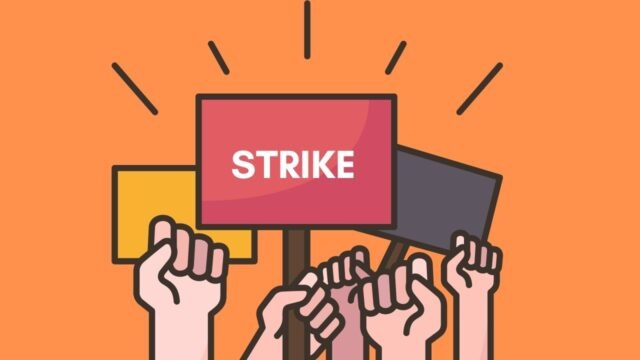 What is an official strike

A strike is a work stoppage caused by the refusal of employees to work. It is usually in response to demands made by the workers, such as for higher wages or improved working conditions. A strike can also be called a walkout or a work stoppage. A strike typically lasts until the workers’ demands are met or an agreement is reached between the employer and the employees. Sometimes, a strike will end because the workers are forced to return to work by the government or by their union. Other times, a company may choose to shut down operations permanently if it cannot reach an agreement with its employees.

Why do workers go on strike

Workers sometimes go on strike to protest working conditions or wages. In some cases, workers may strike because their employer has violated their labor contract. When a strike occurs, it can cause major disruptions for businesses and the local community.

When a strike occurs, it can have a major impact on businesses and the local community. Businesses may lose revenue as a result of the strike, and customers may be unable to obtain goods or services. In addition, strikers may block roads or picket businesses, which can lead to traffic disruptions. Strikes can also result in violence or property damage.

What are the benefits of going on strike

There are a number of potential benefits to going on strike. First and foremost, it can be an effective way to secure better wages and working conditions for employees. In addition, it can help to raise awareness of important issues affecting workers, and it can pressure employers to make positive changes. Finally, it can foster a sense of solidarity and cooperation among employees. When workers are united in their demands, they can be a powerful force for change. Of course, there are also risks associated with striking, such as the potential for violence or retribution from employers. Nevertheless, when properly organized and executed, a strike can be a powerful tool for workers seeking to improve their situation.

What are the risks of going on strike

There are a number of risks associated with going on strike, both for the individual workers and for the company as a whole. One of the biggest risks is that strikes can often turn violent, especially if the police are called in to break up the picket line. This can lead to injuries, property damage, and even arrests. In addition, strikers may be subject to disciplinary action from their employer, including termination. And finally, there is always the risk that the strike will not be successful in achieving its goals, leaving the workers no better off than they were before. Given all of these risks, it is important for workers to carefully consider whether or not going on strike is worth it.

How can unions support strikers

Unions exist to represent the interests of their members and to negotiate better working conditions, wages, and benefits on their behalf. When workers go on strike, they are effectively withdrawing their labor in order to force their employer to meet their demands. While a strike can be an effective way to secure better treatment for workers, it can also be a risky proposition. If the striker is unable to win significant concessions from their employer, they may end up losing their job entirely. This is where unions can play an important role in supporting strikers. By providing financial assistance and organizing public support, unions can help strikers to make ends meet and maintain pressure on their employer. In doing so, unions can help strikes to be more effective in achieving their goals.

Can employers fire workers for striking

In the United States, workers have the right to strike. This is protected by the National Labor Relations Act, which guarantees employees the right to engage in “concerted activities” for “mutual aid or protection.” However, there is no explicit protection from termination for striking workers. As a result, employers can legally fire employees who participate in a strike. There are some exceptions to this rule. For example, if an employee has a contract that specifically protects them from being fired for striking, then they cannot be legally terminated. Additionally, public sector employees cannot be fired for striking because it would violate their First Amendment right to free speech. However, in general, employers are within their rights to fire workers who go on strike.

What happens when a strike ends

What are the different types of strikes?

Each type of strike has its own benefits and drawbacks, and it is important for workers to weigh these factors before deciding whether or not to participate. For example, a wildcat strike may be more likely to result in termination, but it may also be more effective in terms of bargaining power. Ultimately, the decision to strike is a personal one that should be made after careful consideration of all available information.

Which industries commonly go on strike?