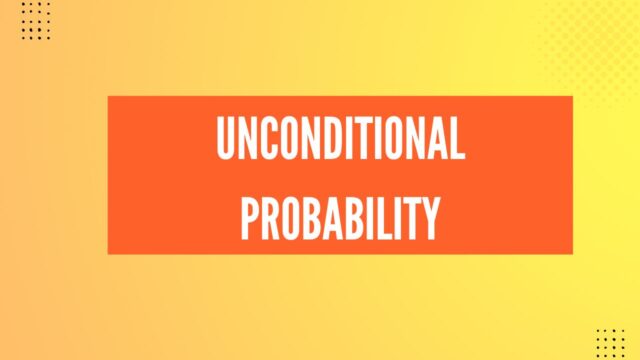 What is ‘Unconditional Probability

An example of unconditional probability would be flipping a coin. The chance of flipping a coin and it being heads is 50%, no matter what the result of the previous flip was. The outcome is not contingent on any prior results.

Another example would be rolling a dice. The probability of rolling a 6 is 1/6, regardless of the result of the previous roll.

Unconditional probability is also known as independent probability. This is because the probability of an event happening is not affected by other events that have happened or will happen.

Unconditional probability can be calculated using a formula:

Unconditional probability can be used in a variety of situations, such as predicting the weather, stock market analysis, and insurance. It is an important concept in statistics and can help you make better decisions.