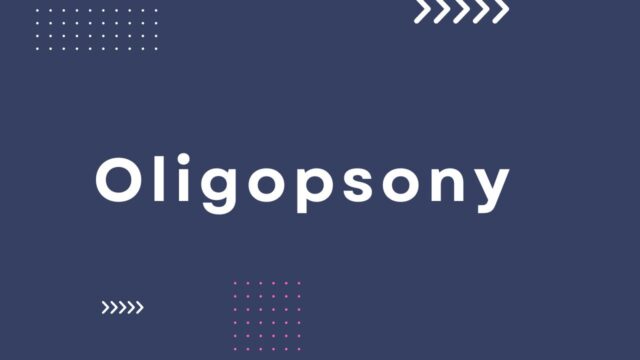 What is an oligopsony and what are the effects on sellers

An oligopsony is a market structure in which there are only a few buyers. This can have many effects on sellers, who may find themselves at a disadvantage. The most obvious effect is that sellers have less negotiating power than they would in a more competitive market. Fewer buyers means each buyer has more power to dictate terms, and sellers may be forced to accept lower prices or less favorable terms. In addition, the lack of competition among buyers can lead to higher costs for inputs, since there are fewer buyers competing for those inputs. As a result, oligopsonies can have a negative effect on both prices and profitability for sellers.

What is the difference between an oligopoly and oligopsony

This can have a significant impact on the market for the product or service, as the buyers have a great deal of power. They can dictate the terms of the market, and they can also influence the price. This can make it difficult for new businesses to enter the market, as they may not be able to compete with the established firms. Additionally, an oligopsony can lead to higher prices for consumers, as there is less competition among the buyers. As a result, it is important to understand how an oligopsony can impact the market before making any decisions about entering into this type of market.

Can an oligopsony lead to higher prices for consumers?

How can sellers in an oligopsony market compete against the large buyers?

When there are only a few buyers in the market, they have significant power over pricing. The large buyers can easily press for lower prices, which can be tough on the sellers. In order to compete against the large buyers, sellers need to be efficient and have low costs. They also need to find ways to differentiate their product so that buyers see it as valuable. For example, if the large buyers are selling a generic product, the sellers might try to focus on a niche market or offer a higher quality product. By being efficient and offering a unique product, sellers can compete against the large buyers in an oligopsony market.

What are some strategies that companies can use to avoid being taken advantage of in an oligopsony market?

There are a few strategies that companies can use to avoid being taken advantage of in an oligopsony market. First, they can work to build strong relationships with their suppliers. Good communication and mutual trust can help to ensure that both parties are satisfied with the arrangement. Second, companies can try to create a sense of competition among their suppliers. By making it clear that there are other firms interested in doing business, companies can encourage their suppliers to compete on price and quality.

Finally, companies can diversify their supplier base. By diversifying their sourcing, companies can reduce their dependence on any one supplier and increase their negotiating power. By using these strategies, companies can avoid being taken advantage of in an oligopsony market.