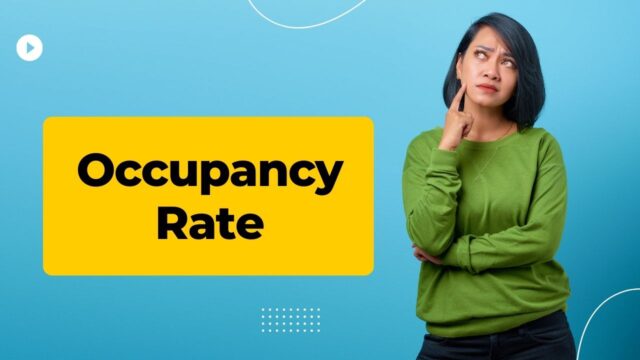 What is the ‘Occupancy Rate’

Occupancy rate refers to the ratio of rented or used space compared to the total amount of available space. Analysts use the phrase occupancy rates when discussing senior housing, hospitals, bed-and-breakfasts, hotels and rental units, among other categories. In a call center, occupancy rate refers to the amount of time agents spend on calls compared to their total working hours. Next Up Occupational Labor Mobility Occupational Safety And Health … Average Daily Rate – ADR Vacancy Rate

Occupancy rates are important to real estate investors because these numbers provide an indication of anticipated cash flows. A commercial real estate investor looking for a shopping center to is likely not interested in one that only has a 25% occupancy rate, meaning that tenants were leasing just 25% of the available storefronts and restaurant space in the mall.

Hospital bed occupancy rates, as well as occupancy rates for nursing homes, can be useful for examining trends in the facility’s growth. To avoid overcrowding, these facilities manage their occupancy rates. They often track occupancy rates for specific departments as well, to help assess growth and demand. Governments and organizations also use aggregate numbers on hospital occupancy levels to make plans regarding public health initiates.

There are a number of factors that can affect the occupancy rate of a rental property. One of the most important is location. Properties that are situated in desirable areas are likely to have higher occupancy rates than those in less desirable locations. Another important factor is the condition of the property.

Rental properties that are well-maintained and updated are more likely to be popular with tenants than those that are in need of repair or renovation. Additionally, the rental rate can also affect occupancy rates. Properties with rent prices that are too high or too low relative to other properties in the area are less likely to be fully occupied. By taking these factors into account, landlords can increase the chances of their rental properties being fully occupied.

How to increase occupancy rate

There are a number of ways to increase occupancy rate at a hotel, motel, or inn. One is to offer special rates or discounts, such as for AAA members, seniors, or military personnel. Another is to provide amenities that appeal to a wide range of guests, such as an on-site restaurant, fitness center, or swimming pool. Additionally, good customer service and clean, comfortable rooms are essential in keeping guests happy and coming back. By taking these steps, you can help ensure that your property is always full.

The future of occupancy rate