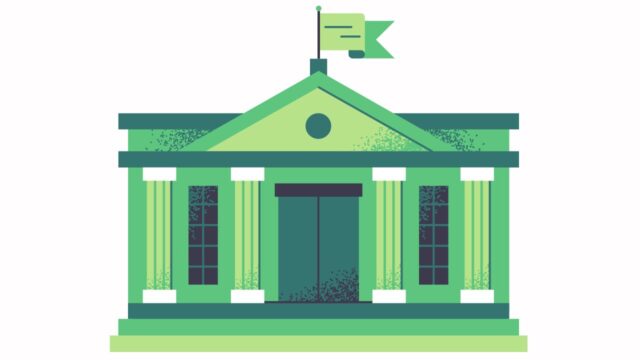 What are money center banks and what do they do

Money center banks are a type of commercial bank that provides a range of services, including lending, short-term financing, and foreign exchange transactions. They are typically larger than other types of commercial banks and have branches in major financial centers around the world. Money center banks play an important role in the global economy by providing the capital that businesses need to grow and expand. They also help to stabilize financial markets by providing liquidity during times of stress. In recent years, money center banks have come under increased regulation in response to the global financial crisis. However, they continue to play a vital role in the economy and are essential for businesses and individuals who need access to capital.

The history of money center banks

Today, money center banks are some of the largest and most powerful financial institutions in the world. But their origins are actually quite humble. The first money center bank was founded in 1784, when a group of New York merchants pooled their resources to open the Bank of North America. This new bank quickly established itself as a vital source of credit for businesses in the young nation. In the following years, several other money center banks were founded in major cities like Philadelphia and Boston.

These early banks played a key role in financing the growth of America’s economy. By making loans to businesses and supporting trade, they helped to spur economic activity and create jobs. Today, money center banks continue to play a vital role in the US economy, providing essential financing for businesses of all sizes. Thanks to their history of innovation and service, money center banks have become an indispensable part of the American financial landscape.

The benefits of money center banks

There are a number of benefits that money center banks can offer to their customers. One of the most important is that they can provide a wide range of services under one roof. This can include everything from personal banking and investment advice to commercial lending and international trade financing.

Money center banks can also offer their customers a higher level of service than what is available at traditional banks. This is because they have the resources and expertise to provide a more comprehensive range of services. In addition, money center banks typically have a larger staff and more branches than traditional banks, which means that they can provide more personalized service. Finally, money center banks typically offer higher interest rates on deposits and loans, which can help their customers save money.

In the wake of the financial crisis, a number of new regulations have been put in place in an effort to prevent another meltdown. These regulations can be costly and time-consuming to comply with, and they can constrain the ability of banks to take on risk. As a result, money center banks must find ways to adapt their business models in order to comply with the new regulatory environment. Despite these challenges, money center banks remain an essential part of the global economy, and they are likely to continue to play a major role in business and finance for years to come.

How technology is changing the role of money center banks

The rise of technology has had a profound impact on the banking industry. In the past, large banks, known as money center banks, played a dominant role in the financial sector. They provided loans to businesses and individuals, issued credit cards, and processed payments. However, the advent of online banking and mobile payment apps has changed the landscape. Today, consumers can transfer funds, pay bills, and apply for loans without ever setting foot in a bank branch. As a result, money center banks have seen their customer base eroded. To stay competitive, they have been forced to reinvent themselves. They are now focused on providing specialized services such as investment banking and wealth management. Technology has thus had a major impact on the role of money center banks in the economy.

The future of money center banks

Money center banks are the largest and most influential banks in the world. They provide financing for businesses and governments, and they play a central role in the global economy. However, money center banks are facing significant challenges in the years ahead. Firstly, interest rates are expected to rise, which will reduce demand for loans and increase the cost of borrowing. Secondly, new regulations are being introduced that will limit the amount of risk that banks can take.

Finally, technology is changing the way that people make payments, with a growing number of transactions being made using mobile devices and digital currencies. As a result, money center banks need to adapt their business models in order to stay ahead of the curve. While there are challenges ahead, money center banks will continue to play a vital role in the global economy.