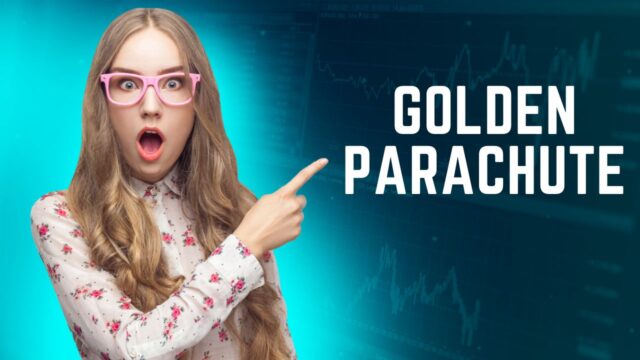 What is a golden parachute

A golden parachute is a severance package typically offered to high-ranking executives who are fired or forced to resign from their positions. The parachute usually includes a large cash payout and other perks, such as continued healthcare coverage and use of the company jet. Golden parachutes are intended to help executives make a smooth transition to a new job, but they have also come under scrutiny for being excessively generous.

What are the benefits of having a golden parachute

What are the risks of not having a golden parachute

There are some risks associated with foregoing this type of protection. For instance, without a golden parachute, an executive may be less likely to take risks that could lead to innovation or growth. Additionally, without this financial cushion, an executive may be more likely to make decisions that benefit themselves rather than the company as a whole. Finally, if an executive does leave a company without a golden parachute, they may have difficulty finding another job due to the perception that they are not loyal to their employer. Ultimately, while there are some risks associated with not having a golden parachute, the decision of whether or not to offer this type of protection is up to each individual company.

How to negotiate for a golden parachute

The first step is to understand what you’re worth. Do some research to find out the going rate for your position, and make sure you know what benefits and perks you’re entitled to. Next, put together a list of your accomplishments and successes. This will help you build a case for why you deserve a golden parachute.

Once you know your worth, it’s time to start negotiating. Be prepared to compromise on some points, but don’t sell yourself short. It’s also important to be realistic about what you can expect to receive. If the company isn’t willing to meet your demands, be prepared to walk away from the deal. With some careful planning and preparation, you can successfully negotiate a golden parachute that will give you the financial security you need.

What to do if you are offered a golden parachute

Before making any decisions, it is important to carefully review the terms of the offer. Make sure you understand what the company is willing to pay you, and under what circumstances. It is also important to consider the long-term implications of accepting a golden parachute. For instance, will it be difficult to find another job after leaving this one? Are you prepared to start over from scratch?

There is no right or wrong answer when it comes to whether or not to accept a golden parachute. Ultimately, it is a decision that only you can make. But if you take the time to weigh your options and consider all potential outcomes, you should be able to make a decision that is best for you and your career.

If your company is acquired by another company, you may not have a “golden parachute” in place. This means that you could be out of a job with no severance pay or other benefits. However, there are some things you can do to try to protect yourself. First, it’s important to stay calm and professional. Don’t panic or lash out at your colleagues – this will only make things worse.

Second, start looking for another job right away. If you’re lucky, you may be able to find another position within the new company. However, even if you have to leave the company, it’s better to do so on your own terms. Finally, be prepared to negotiate. If the new company wants to keep you on staff, they may be willing to give you a better severance package or other benefits. By being proactive and assertive, you can try to make the best of a difficult situation.

How to handle getting laid off with a golden parachute

Being laid off from a job can be a devastating blow, both financially and emotionally. However, if you have been fortunate enough to receive a golden parachute, there are some steps you can take to help ease the transition. First, take some time to assess your financial situation. Make sure you have enough money set aside to cover your living expenses for at least six months.

Next, start exploring your options for health insurance. If you are eligible for COBRA, this may be your best bet. However, there are also a number of private health insurance options available. Finally, start networking. Attend industry events and reach out to your professional contacts. Let them know you are looking for new opportunities. By taking these steps, you can make the process of being laid off a little bit easier to handle.