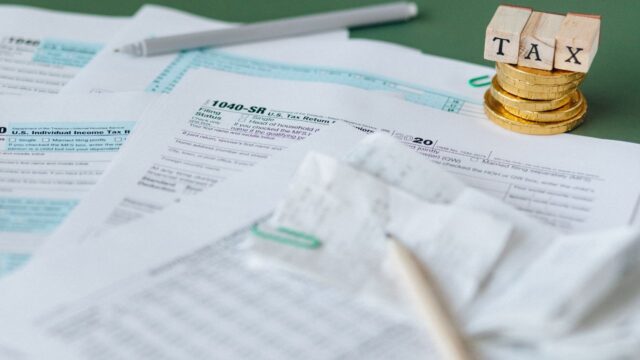 What is proportional tax

A proportional tax is a tax that takes the same percentage of income from all taxpayers. For example, if the tax rate is 10%, a person who earns $100 would owe $10, while a person who earns $1,000 would owe $100. Proportional taxes are often contrasted with progressive taxes, which take a larger percentage of income from high earners than from low earners.

Proponents of proportional taxes argue that they are fairer than progressive taxes, because everyone pays the same percentage of their income. Critics argue that proportional taxes place a greater burden on low-income families, who may spend a larger portion of their earnings on essentials like food and housing. However, many countries have implemented proportional taxes with success, and they remain an important part of many tax systems.

How does it work

The amount of tax paid by the individual varies according to the amount of their income, but the tax rate stays the same. For example, if an individual’s income is $50,000 and the tax rate is 10%, they will owe $5,000 in taxes. Proportional taxes are also sometimes called flat taxes. They are different from progressive taxes, where tax rates increase as incomes increase. Proportional taxes can be applied to both individuals and businesses. When businesses are taxed proportionally, it is usually based on their turnover (total revenue).

Pros and cons of proportional tax

The main advantage of proportional tax is that it is simple and easy to administer, as the tax rate does not vary depending on the circumstances. Proportional taxes are also seen as being more fair, as everyone pays the same percentage of their income or purchase price.

However, there are also some disadvantages to proportional taxation. For example, it can be regressive, as low-income earners may spend a greater proportion of their income on taxed items than high-income earners. Proportional taxes can also be inflexible, as they do not take into account the ability to pay. In some cases, this can lead to higher effective tax rates for lower-income taxpayers. Ultimately, whether or not a proportional tax is advantageous depends on the specific circumstances.

Who benefits from proportional tax

There are also several benefits to proportional taxation. First, it is a very simple system to administer, as there is no need to assess each person’s individual circumstances. Second, it is very difficult to avoid paying proportional taxes, as they are typically levied on essential items such as food and gasoline. Finally, proportional taxes can be used to fund basic public services such as education and healthcare, which benefit everyone in society. In conclusion, while there are some drawbacks to proportional taxation, it remains a popular system due to its simplicity and fairness.

Are there any alternatives to proportional tax

Alternatives to proportional taxes include progressive taxes, which impose higher rates on higher-income taxpayers, and flat taxes, which impose the same rate on all taxpayers. Each type of tax has its own advantages and disadvantages, and there is no consensus on which is the best approach. Ultimately, the decision of which type of tax to implement depends on the specific situation and goals of the government.

How could the government improve the implementation of proportional tax

There are a number of ways in which the government could improve the implementation of Proportional Tax. For example, they could provide tax breaks for low-income earners, or they could make it easier for businesses to calculate their taxes. Alternatively, they could reduce the overall tax burden by exempting certain items from Proportional Tax. Whatever approach is taken, it is clear that Proportional Tax is a more equitable way of raising revenue than fixed-rate taxation.