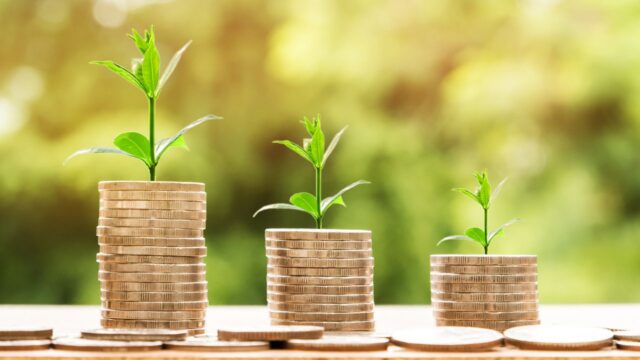 What is an economic collapse and how can it happen

An economic collapse is a situation in which the economy of a country experiences a sudden, large drop in output and widespread increases in unemployment. A collapsing economy can be caused by several factors, including natural disasters, financial crises, political instability, and currency devaluation. When an economy collapses, the effects can be devastating.

Businesses close their doors, people lose their jobs, and poverty rates skyrocket. In severe cases, a collapsing economy can lead to social unrest and even violence. While an economic collapse is a daunting prospect, there are steps that can be taken to protect oneself from the worst of the damage. For example, diversifying one’s investment portfolio and holding some cash savings in reserve can help to weather the storm of an economic collapse.

The signs of an impending economic collapse

There are a number of signs that can indicate an impending economic collapse. One of the most important is a decrease in the amount of money circulating within the economy. This can be caused by a number of factors, including hoarding, foreign investment flight, and an increase in taxes. Another sign is a decrease in lending activity. This can be caused by a lack of confidence in the economy and fear of defaults.

Additionally, an increase in unemployment is often a sign that an economy is in trouble. Finally, another sign of an impending economic collapse is a decrease in stock prices. This can be caused by a variety of factors, including poor corporate earnings, worries about future prospects, and heavy selling by institutional investors. While not necessarily indicative of an imminent collapse, these signs should be monitored closely to get an early warning of potential problems.

How to prepare for an economic collapse

An economic collapse is a very real possibility in today’s uncertain world. While it’s impossible to know exactly what form it would take, there are some basic steps you can take to prepare yourself and your family. First, you’ll need to have a big picture view of your finances. This means knowing how much money you have coming in each month, as well as where all your debts and expenses are. You should also have at least three months’ worth of living expenses saved up in an easily accessible account.

In the event of an economic collapse, you may need to start cutting back on unnecessary expenses and relying more on bartering and trade than on cash. You’ll also need to think about alternative ways to earn an income if your primary source of income disappears. Finally, it’s important to have a plan for staying safe if the situation deteriorates into violence or chaos. By taking these steps now, you can help ensure that you and your family will be better prepared if an economic collapse does occur.

What to do during and after an economic collapse

An economic collapse can be a frightening prospect, but there are steps you can take to protect yourself and your family. First, it is important to have a well-stocked emergency fund to cover expenses in case you lose your job or face other financial setbacks. You should also create a budget and stick to it as closely as possible. This will help you to conserve your resources and weather the storm. In addition, it is important to stay informed and avoid panic. Keep an eye on the news for updates on the situation, and remember that things will eventually improve. With careful planning and a level head, you can weather an economic collapse.

Lessons learned from past economic collapses

While no two economic collapses are exactly alike, there are often certain similarities between them. As we examine the events leading up to past economic downturns, we can learn important lessons that may help us avoid or mitigate future crisis. For example, many economists believe that the housing market crash of 2008 was partly caused by lax regulation of subprime mortgages. This led to a situation where people were taking on too much debt they couldn’t afford, setting the stage for a wave of defaults and foreclosures.

By learning from this mistake, policymakers can take steps to prevent a similar situation from happening again in the future. Similarly, the stock market crash of 1929 was preceded by years of unchecked speculation. This irrational exuberance led to artificially inflated stock prices, which eventually came crashing down. While it’s impossible to completely eliminate speculation from the markets, we can hopefully avoid repeating the same mistakes that led to such an extreme downturn. By understanding the causes of past economic collapses, we can hopefully make smarter decisions in the future and avoid repeating history.