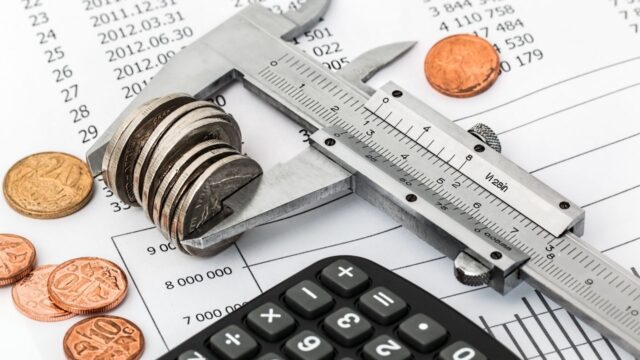 What is sunk cost fallacy

The sunk cost fallacy is a cognitive bias that refers to the tendency to continue investing in something as long as there has been some previous investment, even if it is no longer rational to do so. This can lead to sub-optimal decision-making as individuals place too much importance on the money, time or effort that has already been invested, rather than considering whether or not it makes sense to continue. In some cases, the sunk cost fallacy can lead people to persist in activities that are actually losing them money, simply because they have already invested so much. The sunk cost fallacy can be dangerous as it can lead people to make bad decisions that they would not make if they were thinking more objectively. It is important to be aware of this cognitive bias and try to avoid it when making decisions.

How to avoid sunk cost fallacy

The sunk cost fallacy is a cognitive bias that leads people to continue investing in something as long as they have already invested a significant amount of time or resources, regardless of whether or not it is in their best interests. This bias can lead to suboptimal decision-making and can cause people to stay in jobs they hate, relationships they’re unhappy with, or pursues costly endeavors even when they’re not likely to be successful.

The sunk cost fallacy is rooted in the idea of loss aversion, which is the tendency to avoid any situation where we might lose something we have already invested. In order to avoid sunk cost fallacy, it’s important to be aware of it and to take a step back to assess whether or not continuing to invest is the best decision.

Additionally, it can be helpful to think about opportunity costs – what you could be doing with your time and resources if you weren’t invested in the current endeavor – and to compare those costs with the potential benefits of continuing. Finally, it’s important to remember that just because you’ve invested a lot in something doesn’t mean you have to see it through to the end; sometimes, the best decision is to cut your losses and move on.

What is opportunity cost

How to calculate opportunity cost

The opportunity cost of a decision is the value of the next best alternative that you give up when you make a choice. In other words, it’s what you miss out on when you choose one thing over another.

You can calculate opportunity cost by looking at the alternatives and choosing the one with the highest value. For example, if you have $100 to spend on a new TV and a new computer, and you decide to spend $75 on the TV, your opportunity cost is the $25 you didn’t spend on the computer.

You can also calculate opportunity cost in terms of time. For example, if you spend two hours studying for an exam, your opportunity cost is the time you could have spent doing something else, like sleeping or hanging out with friends.

Examples of sunk cost and opportunity cost in life

A sunk cost is a cost that has already been incurred and cannot be recovered. An opportunity cost is the benefits that could have been gained by taking another course of action. Sunk costs and opportunity costs are important concepts in economics and decision-making.

For example, suppose you have already paid for a non-refundable concert ticket. The sunk cost of the ticket is the money you have paid for it, and the opportunity cost is the value of the alternative use of that money (e.g., going to a different concert, buying a new shirt, etc.). Since the sunk cost cannot be recovered, it should not be considered when making a decision about whether or not to attend the concert. The only relevant Cost is the opportunity Cost.

Similarly, suppose you are considering whether to go to graduate school. The sunk costs would include the costs of undergraduate tuition, room and board, books, etc. The opportunity cost would be the salary you could earn if you worked instead of going to school. In this case, both the sunk costs and opportunity costs should be considered when making a decision about whether or not to attend graduate school.

The sunk cost fallacy is the belief that money or other resources that have already been invested should not be considered lost. This often leads to suboptimal decision-making, as individuals may be more likely to continue investing in a failing project in order to justify their previous investment. Opportunity cost, on the other hand, is the cost of not taking an opportunity. It represents the value of the best option that was not chosen. For example, if someone spends $100 on a ticket to a concert, the opportunity cost would be the value of the next best alternative use for that $100 (e.g., seeing a different concert, going to a movie, etc.). In general, sunk costs should be ignored when making decisions, as they are not relevant to the future. Opportunity costs, on the other hand, are always relevant and should be considered when making any decision.

Why opportunity cost is more important than sunk cost

Every decision we make has an opportunity cost associated with it. This is the cost of the next best alternative that we gave up when we made our choice. For example, if you decide to go to the movies, you are giving up the opportunity to do something else with that time, like studying or going for a walk. The opportunity cost of going to the movies is thus the value of your next best alternative. In contrast, sunk costs are costs that have already been incurred and cannot be recovered. For example, if you have already bought a movie ticket, you cannot get that money back.

The sunk cost of going to the movie is thus the price of the ticket. When making a decision, it is important to focus on the opportunity cost, rather than the sunk cost. This is because sunk costs are irrelevant to the decision-making process. The only thing that matters is what you will give up by making your choice. By focusing on opportunity cost, you can make sure that your decisions are based on what will actually benefit you in the long run.