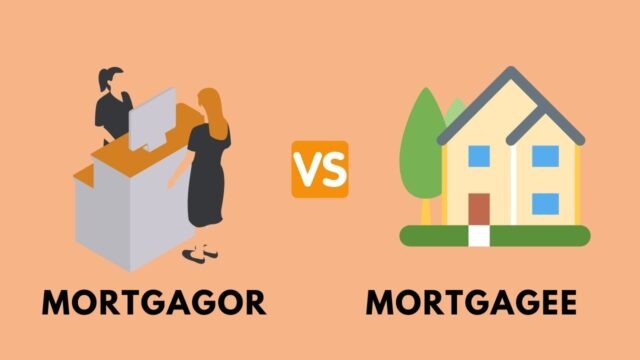 Mortgages are an essential part of the modern economy, but most people don’t understand the terminology behind them. In this article, we will explore the differences between a mortgagor and a mortgagee. We will also look at the benefits of being each one, and how to become either one. Finally, we will discuss the pros and cons of being a mortgagor or a mortgagee.

What is a mortgagor

A mortgagor is an individual who pledges property to a lender as security for a loan. If the borrower defaults on the loan, the lender may seize and sell the property to repay the debt. Mortgages are commonly used to purchase real estate, but they can also be used to obtain financing for other purposes, such as home improvement projects or business ventures. The term “mortgagor” is also used to refer to the legal owner of a property that has been pledged as collateral for a loan. In this case, the term includes both the borrower and the lender. When a property is sold to repay a mortgage debt, the proceeds are first used to satisfy the claim of the mortgagee—the lender—before any proceeds are paid to the mortgagor—the borrower. If there is still a balance owed on the loan after the sale of the property, the borrower remains liable for that debt.

What is a mortgagee

The benefits of being a mortgagor and mortgagee

How to become a mortgagor or a mortgagee

In order to become a mortgagor or a mortgagee, you must first identify a potential property to use as collateral and then approach a financial institution or other lender to arrange funding. Once the loan has been approved, both parties will need to sign a legal contract known as a mortgage deed, which will outline the terms and conditions of the loan. If you default on your loan repayments, the mortgagee will have the right to repossess your property and sell it in order to recoup their losses. As such, it is important to carefully consider your ability to make regular loan repayments before taking out a mortgage.

Pros and cons of being a mortgagor

A mortgagor is the person who takes out a mortgage loan and pledges the property as collateral. The mortgagee is the lender. Mortgagors have certain rights and responsibilities, as well as risks.

The main advantage of being a mortgagor is that it allows you to buy a property without having to pay the full purchase price upfront. This can make homeownership more affordable and allow you to build equity in the property over time. Another advantage is that mortgage interest payments may be tax deductible.

There are also some risks associated with being a mortgagor. If you default on your loan, the mortgagee could foreclose on your property. This would mean that you would lose your home and damage your credit score. Additionally, if interest rates rise, your monthly payments could become unaffordable. Mortgagors should carefully consider all of these factors before taking out a loan.

Pros and cons of being a mortgagee

One pro is that you will have a fixed interest rate for the life of the loan. This can be helpful in times of economic uncertainty, as your monthly payments will not go up if interest rates rise.

Another pro is that you may be able to take advantage of certain tax deductions. Interest paid on a mortgage loan is typically tax-deductible, which can save you money at tax time.

There are also some potential drawbacks to being a mortgagee. One is that you may have difficulty selling the property if you need to do so before the loan term is up. This is because the buyer will need to assume your mortgage in order to purchase the property. Another potential drawback is that you could lose the property if you default on your loan payments. This could happen if you experience a financial hardship or lose your job.