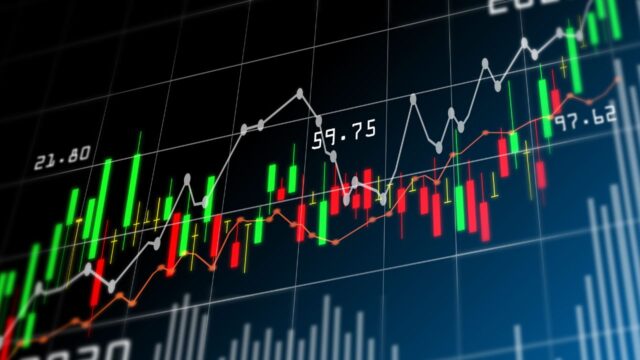 What is a Renko Chart

A Renko chart is a type of Japanese candlestick chart that is used to predict price movements in the financial markets. The name “Renko” comes from the Japanese word for bricks, which is what the candlesticks on a Renko chart look like. Traders use Renko charts to identify trend direction and possible support and resistance levels. In order to construct a Renko chart, traders must first identify the brick size, which is the minimum price movement required to produce a new candlestick. Once the brick size has been determined, the trader can then plot the candlesticks on a price chart. Renko charts are not as popular as other types of candlestick charts, but they can be useful for identifying market trends.

How to Read a Renko Chart

A Renko chart is a type of chart used by traders to predict potential changes in price movements. Rather than using time or price as the independent variable, Renko charts use bricks of a fixed size. When the price moves up by the brick size, a new brick is added to the chart above the prior brick; when the price falls by the brick size, a new brick is added below the prior brick. The length of each brick represents the magnitude of price movement. For example, if the brick size is set at $1 and the current price is $10, then a new brick will be added each time the price moves up by $1 (to $11, $12, etc.) or down by $1 (to $9, $8, etc.). Renko charts can be used to trade any asset, but they are especially popular in commodities and forex markets.

Benefits of Trading with Renko Charts

Renko charts are a type of chart that is gaining popularity among traders. Renko charts are created by using closing price data, and they do not take time into consideration. This makes Renko charts very useful for day trading or scalping strategies, as timing is not as important. Instead, what is important is the price movement. When the price moves up by a certain amount, a new brick is created. When the price falls by a certain amount, another brick is created. The size of the bricks can be customized, and this makes Renko charts very flexible.

Tips for Trading with Renko Charts

Renko charts can be used to trade a variety of markets, including stocks, futures, and forex. When trading with Renko charts, it is important to keep the following tips in mind. First, look for breakout patterns. These patterns occur when the market makes a sudden move outside of the previous trading range. Second, pay attention to support and resistance levels. These levels indicate where the market is likely to find buyer or seller interest. Finally, use candlestick patterns to confirm movements in the market. Candlesticks can provide valuable information about momentum and reversals. By following these tips, traders can use Renko charts to gain an edge in the market.

Renko charts are useful for identifying trend direction and momentum, as well as support and resistance levels. They can also be used to trade breakouts. To construct a Renko chart, simply choose your preferred price interval (typically $1 or $2) and then plot the prices on a chart. Once you have created your Renko chart, you can begin to analyze it using traditional technical analysis tools.