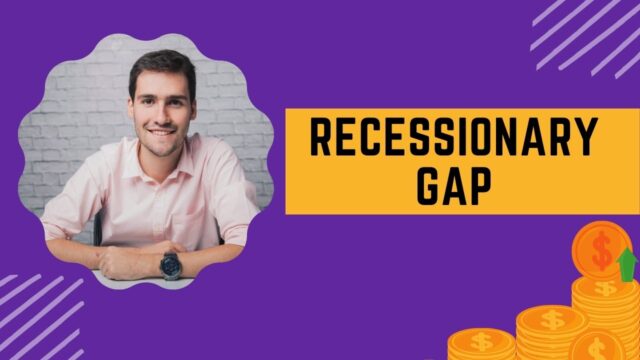 The recessionary gap is the difference between what the economy is capable of producing and what it is actually producing. It occurs when there is a decrease in aggregate demand, which can be caused by a number of factors, including a decrease in consumer spending, an increase in taxes, or a decrease in government spending. When the recessionary gap exists, it represents a loss of potential output and can lead to increased unemployment and inflation. While it is often used as a measure of economic activity, it is important to remember that it is only one part of the picture. Other factors, such as productivity and capacity utilization, also play a role in determining the health of the economy.

How has the recessionary gap changed over time

For generations, the recessionary gap was believed to be a relatively stable feature of the business cycle. However, recent research has shown that the size and depth of the gap can vary significantly over time. In general, recessions tend to be shallower and shorter in duration when the economy is strong and employment is high.

Conversely, recessions tend to be deeper and longer-lasting when the economy is weak and unemployment is high. The current recessionary gap is perhaps the most extreme example of this phenomenon in recent history. The size of the gap has been steadily increasing since the early 2000s, and it shows no sign of narrowing anytime soon. This has led some economists to warn of a potential prolonged period of economic stagnation. Only time will tell if their predictions come true.

What factors influence the size of the recessionary gap

What are some possible consequences of a large recessionary gap

This is an economic term that refers to a situation where there is a lack of aggregate demand in the economy. This can lead to a decrease in production and a rise in unemployment. A large recessionary gap can have serious consequences for an economy, as it can lead to a prolonged period of economic stagnation. In addition, a large gap can also increase the likelihood of inflation, as businesses may try to pass on the increased costs of production to consumers. policymakers may need to take action to close the gap and boost economic activity. Otherwise, the economy may remain in a state of disequilibrium for an extended period of time.

How can policymakers reduce the size of the recessionary gap?

The size is determined by the amount of output that is lost during a recession. output is lost when firms produce less than they would in a healthy economy, and this results in a decrease in economic activity and income. To reduce the size of the recessionary gap, policymakers can take steps to increase output and encourage economic growth.

One way to do this is to reduce taxes and increase government spending. This will give households and businesses more money to spend, which will help to increase demand and spur economic activity. Another way to reduce it is to cut interest rates. This makes it cheaper for businesses to borrow money and invest in new projects, which can lead to increased production and jobs. By taking these measures, policymakers can help to reduce the size of the recessionary gap and promote economic growth.