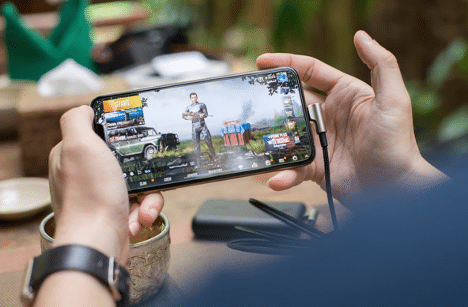 The popularity of games on mobile devices is rising, and it is expected to continue growing in the next few years. Although most of this rise is partly due to its incredible popularity in Asia, Western mobile games are also rapidly on the rise. However, what are the main reasons for this meteoric rise, and what makes them so popular compared to traditional gaming methods?

Before going into too much detail about the reasons for its popularity, it is worth understanding what it actually is. Mobile gaming is a video game played on a mobile phone, tablet, or another type of mobile device. It includes games that are played outdoors on mobile phones or tablets. Mobile gaming usually involves direct interaction with the device’s touchscreen. Still, some use cases may also involve physical buttons or keypads (however, many of the more popular first-person shooters ban the practice of using additional tools to gain an advantage).

Mobile games are usually developed for specific hardware platforms, typically iOS and Android OS, or designed as web-based or browser-based “mobile” versions of desktop games. Mobile gaming is the most popular kind of game because it can be played anytime, anywhere. You don’t need to be at home or in front of your computer to enjoy it. There are many types of mobile games available for people of all ages to enjoy. So now that you have an understanding of what it is, you can dive into why it has become the phenomenon that it is today.

It Coincides With An Increase In Online Gambling

It is no secret that online gambling has risen exponentially over the past decade for various reasons. It has risen to heights previously unimaginable since the pandemic began two years ago. The reason why people keep gambling is that they want the thrill and excitement of winning money. With online gambling, people can gamble from any location and at any time. They don’t have to go to the casino or wait for a slot machine to be available. Also, online gambling is much more accessible and convenient than traditional casino gambling. In other words, the fact that you can play games that pay real money is a highly enticing and exciting option for many people worldwide. Therefore, it is reasonable to suggest that online gaming has risen in popularity with online gambling. However, this is only part of the puzzle, and other reasons have also contributed to mobile gaming’s success.

Arguably one of the top reasons for mobile gaming’s growth has been due to the fantastic advancements seen with technology over the past few years. Today, most mobile devices are comparable to a basic computer. Even Apple has begun to use the same ARM technology that powers most smartphones in its laptop computers (albeit one engineered for the rigors of personal computing). SOCs, or systems on a chip, have become so powerful and energy-efficient that you are now able to download and play games that used to be the province of consoles only a few short years ago! This has led to a proliferation of highly advanced games that you can play while waiting for the bus or a doctor’s appointment.

Gaming with friends and other like-minded individuals has long been one of the main draws of gaming but has previously been limited to local gatherings (LAN party anyone!). However, devices such as tablets and smartphones are always connected. This is often via superfast wifi or 4/5G connections, meaning that you can play against anyone, anywhere, and at any time.

It Is A Multi-Billion Dollar Industry

Most mobile games come as an app that you can simply download to your device. These apps are usually free or work on a freemium model that uses in-game purchases to drive revenue. Nevertheless, in many cases, a casual gamer need not ever spend a single dime if they don’t want to, only spending money if they’re going to progress faster. This has created an ecosystem of casual gamers who drive the popularity of certain games, bringing in more hardcore gamers willing to spend some cash to complete their goals. 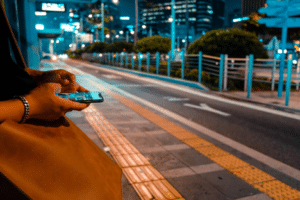 You Always Have Your Device With You

If you don’t know already, there is something called phantom vibration syndrome. This is when you don’t have your phone on you, but you think you feel it vibrating, informing you of a notification of some sort. This phenomenon indicates that most people have become so accustomed to having their devices on their person at all themes that it has become a part of them. As for gaming, this simply memes that it is far easier to whip out your phone and open an app than it is to start up your gaming PC or games console, further driving this trend.

As alluded to earlier, these games come in the form of an app that you simply discover in the app marketplace of your OS (usually the App or Play store), then tap to download it to your device. Although many premium games are over a GB, it never takes longer than 20 minutes from tapping to playing with a fast connection.

You Can Choose Between Complex And Simple

There are now so many games to choose from that you can opt for games akin to AAA titles or those that are more basic. For example, you can go for a super immersive, multi-tiered RPG or decide to play a game of chess. The choice is there, and the choice is yours.

There are numerous reasons for the rise of mobile gaming, and plenty more than this post can do justice. However, it seems as though the chance to win money, the plethora of games available, and the probability that you always have your device with you are some of the main reasons.