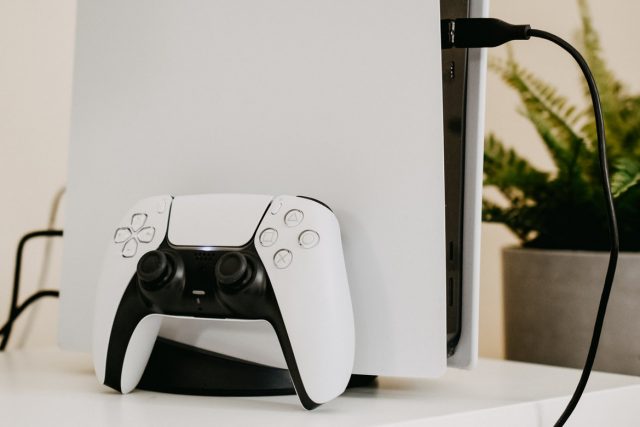 Between 2019 and 2021, several of the world’s biggest video game publishers saw their market caps double in value. Activision Blizzard started 2019 with a share price of $47.17 before dipping slightly to $41.50 by the following month.

In 2020, the company saw its share price skyrocket, reaching $82.47 by early August, before retreating slightly. A week after ringing in 2021, Activision Blizzard had risen again to $91.30 and then spiked at $103.81 in early February.

A range of factors has seen Activision’s share price dip down again in recent months. Most of its peers have seen something similar, though EA and Take-Two have bounced back more than some others.

Right now, Activision is trading at a near 40% discount from its February highs, the same price it was back in May 2020, while Ubisoft is trading at its lowest price since October 2019. Tencent is also down, losing a third of its market cap since early 2021, the lowest since its blip in September 2020.

With this going on, some investors may be wondering whether the gaming industry could be a good play for investors as we head towards 2022.

Nearly all publicly-traded gaming companies saw share prices dive in late summer after China announced new restrictions on the industry. However, as investors have reassessed the situation after the initial panic, some companies have bounced back since then but others haven’t.

For this reason, investors will need to spend some time examining the different options before making a decision.

A company that is trading down at present may be fairly valued, though it may also be available at a bargain price.

News headlines can often cause many investors to flinch, triggering sell offs based on emotional decisions. After the release of Take-Two’s Grand Theft Auto Trilogy Definitive Edition in early November, the company’s share price declined around 5% due to concerns about the game.

Yet, the problems players have with the game are unlikely to seriously affect the company’s fundamentals and can be fixed with patches and updates. While this may affect December earnings, the longer term outlook is mostly unaffected.

iGaming companies have also had a successful few years, with growth driven by a number of factors. Firstly, they’ve spent the last decade or so developing different variations of their games so that they can cater to every type of customer. This means online casinos will typically offer a handful of different blackjack variants, such as three-seat, classic, VIP, and live dealer, instead of just one. On top of that, they’ve developed versions for smartphones and tablets to make them more accessible.

In more recent years, new markets have opened up in countries like the United States, helping to boost revenues even further, while 2020 saw more people switch to playing games online.

Many iGaming companies have been able to hold on to the majority of these new customers while expanding even further into new markets.

This is reflected in the share prices of some, but not all of these companies. So, like with publishers, further research could help to uncover some solid opportunities.

Sony, Microsoft, and Nintendo have all suffered from the global chip shortages. This has greatly hampered their ability to produce enough units of their consoles to meet demand. For Sony and Microsoft, this means their new PS5 and Xbox Series X machines have not sold as well as initially predicted, while Nintendo has been forced to delay plans for an upgraded Switch.

Sony and Microsoft are incredibly diversified businesses with divisions that work on everything from cloud computing to movie distribution. For this reason, their share prices don’t just reflect the success (or lack thereof) of their gaming businesses. However, both of them have performed exceptionally well in recent years with the two companies almost tripling in value since 2019. In fact, Microsoft is one of the “big five” companies that have carried the S&P 500 over the last 18 months due to recent performance.

Nintendo is more focused on gaming so is more exposed to the ebb and flow of the industry. That said, it’s still worth nearly twice as much as it was in 2019. The company is also closer than its rivals to releasing another new console, so could be an opportunity worth exploring.