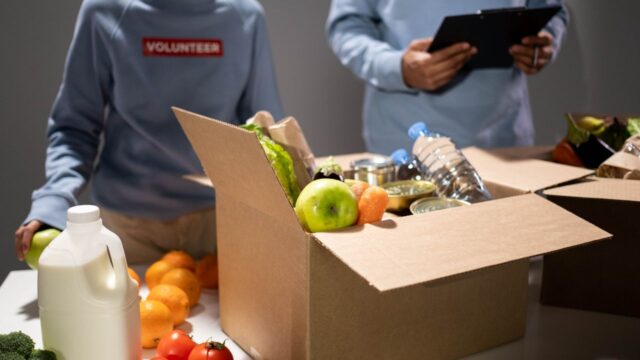 Rationing is a system of limiting the availability of goods or services to a particular group of people. Rationing is often used during times of war or other national emergencies, when resources are limited and need to be conserved. Rationing was first used during World War I, and again during World War II. During World War II, rationing was necessary in order to ensure that essential goods such as food and fuel were available to those who needed them the most. Rationing was also used as a way to discourage people from wasting resources. In the United States, rationing was handled by the Office of Price Administration. ration coupons were used to purchase items such as gasoline, sugar, coffee, meat, and shoes. Rationing remained in effect until 1946, when it was gradually phased out as the supplies of goods began to improve.

How did rationing work in the United States

The United States began rationing food and other items during World War I. The goal was to conserve resources that were needed for the war effort. Families were allotted a certain number of points, based on the size of the household, that could be used to purchase rationed items. Each item was assigned a point value, and families could only purchase items up to their allotted points. The rationing system was expanded during World War II to include gas, tires, and other essential goods. After the war, rationing ended in most parts of the world. However, it continued in some countries, such as Cuba and North Korea, where it is still in place today.

How did rationing affect daily life

During World War II, many everyday items became rationed in order to conserve resources for the war effort. Foods like meat, sugar, and coffee were subject to rationing, as were other necessities like fuel and rubber. This meant that people had to drastically change the way they lived and shopped. For example, they might have to queue for hours to purchase rationed goods, or make do with inferior substitutes. Rationing also created a black market for scarce items, which could be sold at inflated prices. In general, rationing made everyday life more difficult and unpredictable. Despite the challenges, rationing was seen as a necessary sacrifice during wartime. It helped to ensure that essential supplies reached the front lines, and ultimately contributed to Allied victory.

What were some of the challenges associated with rationing

Rationing is a system of controlling the distribution and use of scarce resources, goods, or services. In times of war or other emergencies, rationing is often necessary in order to prevent widespread deprivation and social unrest. However, rationing can also be controversial, as it can lead to feelings of envy, resentment, and unfairness. Moreover, rationing can be difficult to enforce, particularly if people are determined to find ways around the rules. As a result, rationing is often associated with a number of challenges, both practical and psychological. Nevertheless, it can be a useful tool for ensuring that everyone has access to essential supplies in times of need.

Did rationing continue after the war and if so, why

Although rationing of food and other staples ended shortly after the conclusion of World War II, other rationing programs continued in the United States for several years. Among the most notable of these was gas rationing, which was instituted during the war to conserve fuel for the military. Although the need for this conservation measure ended with the war, gas rationing remained in place until 1947 in order to help reduce inflationary pressures caused by high demand and limited supply.

Another example of continued rationing after the war was sugar rationing, which began during World War II as a result of sugar shortages caused by the loss of production in sugar-producing countries such as Cuba and Hawaii. This program continued until 1947, when Congress voted to end it. In general, then, although rationing of food and some other staples ended shortly after WWII, other rationing programs remained in effect for several years afterwards.

What lessons can we learn from rationing today

One of the most significant things we can learn from rationing today is the importance of planning ahead. Rationing typically happens during times of crisis, when resources are limited and demand is high. By creating a plan and rationing supplies, we can help ensure that everyone has access to the essentials they need to survive. Additionally, rationing can teach us the value of cooperation and teamwork. In order to be successful, rationing requires everyone to work together and adhere to the same set of rules. This can be difficult, but it teaches us that we are stronger when we work together towards a common goal. Finally, rationing reminds us of the importance of resilience in the face of adversity. Despite the challenges it poses, rationing can help us to come together as a community and emerge stronger than before.