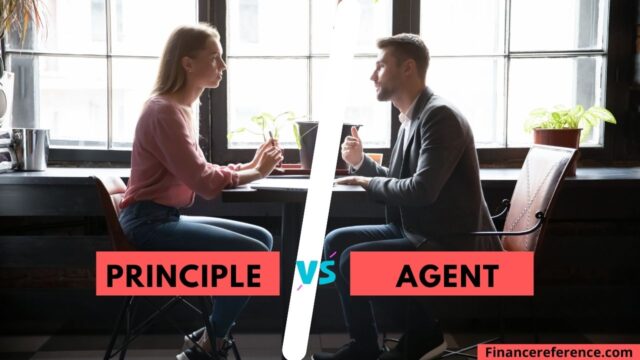 The principal vs agent problem concerns the separation of control and costs incurred by a principal dealing with an agent. This issue was first explored by economic theorists in the 1970s. A 1976 paper by Michael Jensen and William Meckling outlined a theory of ownership structure. The paper also addresses issues related to incentives, liability, and indemnification. A solution to this dilemma must be found in the form of a contractual arrangement.

A conflict of interest between an agent and a principal may arise when a stockholder or an investor hires a manager to act on behalf of the firm’s shareholders. In such a scenario, the manager should act in the interests of the shareholders. Otherwise, he may use the company’s assets for his or her own benefit, which may be against the interests of the shareholders. However, today, most organisations are not owned by their managers. This separation between ownership and management has created a conflict of interest between the agent and the principal.

Incentives are a big part of human behavior. Most of us can explain our actions, but not always our words. Whether we are being truthful or lying, we are all signaling with our actions. Therefore, the incentives we offer must be appropriate to influence us to behave the way we want to. While good agents do want money, they also seek status and meaning in their work. Consequently, as a principal, it is essential to find ways to incentivize agents to act in your best interest.

A principal’s incentive scheme should be designed so that the agent always delivers an efficient level of effort. A good agent will choose a level of effort that maximizes the expected surplus for the principal, which is the difference between the cost of effort and the value of the service delivered. The opportunity cost, or the marginal cost, of doing nothing is a countervailing incentive. In addition to the standard incentive structure, the principal may also use an additional policy instrument to observe the agent’s activities.

To solve the principal-agent problem, principals must make a decision regarding the incentives that motivate their agents. This could mean changing the rewards system, changing the compensation structure, or improving the flow of information. Incentives for agent vs principal

Liability of Agent vs Principal

In a contract between an agent and a principal, the latter may elect to treat the agent as the principal. However, the principal can still sue the agent in certain situations. These situations are called “default judgments.”

This is a common example of how the law applies to agency relationships. Under respondeat superior, the agent is responsible for the torts committed while acting in the interest of the principal. However, if the act is not within the scope of the agency, the principal may still be responsible. It is also possible to make an employer liable for an employee’s torts. So, the principal should always be mindful of what the agreement says.

When an agent carries out a contract in the name of a principal, it is liable to that person as if it were he or she had performed the act himself. In these situations, the agent should not act against the interest of the principal without his or her consent. The principal should also act in the best interest of the agent, not the other way around. This is particularly important when a contract involves an undisclosed principal.

Under the agency relationship, an agent is responsible for the act or omission of the principal that entitles it to indemnification. An agent must act reasonably for the principal and avoid conduct that could harm the principal’s interests. However, it must be remembered that indemnification is also an obligation, not a right. It is necessary to protect an agent from liabilities, claims, and expenses. The principal must indemnify the agent for all payments he makes under the agency relationship, whether or not he has authorized the expense.

The general approach to contractual indemnities has its own set of controversies, but the Court of Appeal found that an indemnity clause is enforceable, even if it restricts the agency relationship between the principal and agent. In this way, the principal will only be responsible for the part of the agent’s actions that are within his or her authority. This distinction is important, since the principal might be liable for damages arising from the agent’s acts if the agent did not comply with the terms of the contract.

The law also addresses the issue of negligence by an agent. Whether an agent is negligent in his or her work is an important issue for determining the liability of an agent. Generally, an agent is liable for damages caused by a breach of duty or negligence. While the agent is under an obligation to act reasonably, this obligation can extend to sloppy work. The agent must act in accordance with the rules in Section 189.

While an agent’s competence in contracting does not necessarily determine his or her capacity to act, he or she is not responsible for an act that directly harms the principal. The principal agrees to be bound by the agent’s acts, and this serves as a sufficient detriment for the agent. Indemnification of agent vs principal

The scope of an agent’s authority may be determined through the agreement between the principal and the agent or by observing the customs and usages of the relevant trade. In some cases, an agent’s authority may arise by way of an implied warranty. If the agent is acting outside the scope of his or her authority, the agent may be in breach of the contract or liable to a third party for the breach of the implied warranty of authority.

In many cases, apparent authority arises from the representations made by the agent to third parties. If a third party is reasonably likely to believe that the agent has the authority to act, the agent is obligated to act in that manner. Moreover, the agent’s actions must result from an action taken by the principal. The principal must also follow the same formalities when authorizing an act as if he were the one who authorized the act.

An agency relationship exists only when the principal and agent have mutually agreed to act as each other’s agents. There can be no unauthorized or unwitting agent-client relationship. Even if the parties sign a contract, no one can become an agent without the permission of both parties. In most cases, an agency relationship exists where there is mutual consent between the parties to act as an agent and principal. In such cases, the intent of the parties may be implied or expressed through their words and actions.