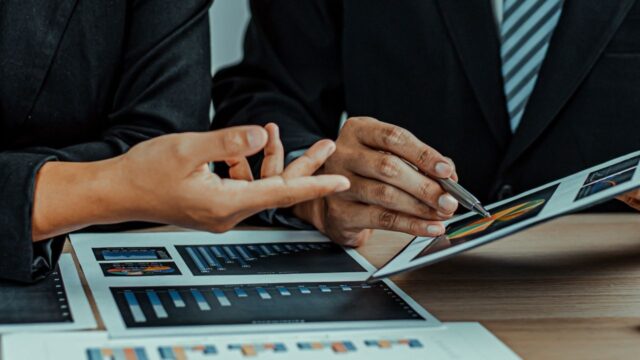 When you enter into a contract, there are two key players: the obligor and the obligee. But what do those terms mean, and what is the difference between them? In this blog post, we’ll explore those questions and more. Stay tuned.

What is an obligor

An obligor is a legal term used to describe an individual or entity who has a duty to perform under a contract or other legal agreement. The obligor may be required to provide goods, services, or payments to another party, and failure to do so can result in legal penalties.

In some cases, the obligor may also be referred to as the “promisor.” In general, an obligor is any person or organization that has a legally binding obligation to another party. This can include individuals who have signed a contract, businesses that have entered into an agreement, or even government agencies that are required by law to provide certain services. Ultimately, an obligor is any party that has a responsibility to meet its obligations under the terms of a legal agreement.

What is an obligee

In the world of insurance, the term “obligee” refers to the party in a contract who is legally bound to receive certain benefits or payments. The obligee can be an individual, a business, or a government agency. In most cases, the obligee is the insurer, and the insured is the party who pays for the policy. However, there are also instances where the roles are reversed, and the obligee is the party who pays for the policy. In either case, the obligee has a vested interest in making sure that the terms of the contract are carried out.

What is the difference between Obligor vs Obligee

If one party fails to live up to their obligations under the contract, that is called a breach of contract. For example, if the Obligor fails to provide the agreed-upon service, or if they provide a service that does not meet the Obligee’s expectations, that would be a breach of contract. If either party breachses their obligations, the other party may have legal remedies available to them.

Obligors and Obligees can be individuals, businesses, or even government agencies. It is important to clearly identify which party is which in a contract, so that there are no misunderstandings about who is responsible for what.

How do they interact in a contract

Obligors and Obligees are the two primary participants in a contract. The Obligor is the party who is legally bound to fulfil the terms of the contract, while the Obligee is the party who is entitled to receive the performance specified in the contract. In most cases, the Obligor will be an individual or business, while the Obligee will be a government agency.

While the Obligor is typically obligated to perform some type of service or deliver some type of product, the Obligee is typically entitled to receive payment for that service or product. In some cases, the Obligor and Obligee may be reversed, with the Obligee becoming the party obligated to perform and the Obligor becoming entitled to receive payment, but this is relatively rare. Typically, this relationship is one of mutual benefit, with both parties receiving something of value in exchange for their respective performances.

However, there are instances where one party may attempt to take advantage of the other, which is why it is important for both parties to carefully review any contract before signing it.

Which one has more power

The answer depends on the situation. Obligors typically have more power when it comes to negotiating the terms of a contract. After all, they are the ones providing the service or goods, and so they have leverage in setting the price. Obligees, on the other hand, usually have more power when it comes to enforcing a contract. If the obligor doesn’t hold up their end of the bargain, then the obligee can take them to court. In this way, each party has its own strengths and weaknesses. Ultimately, who holds more power will depend on the specific circumstances of each case.

When would you use one term over the other

One common scenario where the terms “obligor” and “obligee” are used is in the context of a contract. The obligor is the party who is obligated to perform under the terms of the contract, while the obligee is the party to whom performance is owed. For example, if you sign a contract to buy a car from a dealership, the dealership would be the obligor and you would be the obligee. In this case, the dealership has an obligation to sell you a car that meets your specifications, and you have an obligation to pay the agreed-upon price.

There are other circumstances where these terms might be used as well. For example, if you cosign a loan for someone, you are essentially guaranteeing that they will repay the debt. In this case, you would be the obligor and the lender would be the obligee. If the borrower fails to make their payments, you will be responsible for repaying the debt. As such, it’s important to only cosign loans for people you trust to make their payments on time.

Examples of each term in action

The terms obligor and obligee are often used in legal agreements, such as contracts. An obligor is a party who is obligated to perform an act specified in the contract, while an obligee is a party who is entitled to receive the performance. In other words, the obligor is the one who owes a duty under the contract, while the obligee is the one to whom the duty is owed. For example, in a contract for the sale of goods, the seller would be the obligor and the buyer would be the obligee.

The seller has a duty to deliver the goods as agreed, while the buyer has a right to receive them. Similarly, in a lease agreement, the landlord would be the obligor and the tenant would be the obligee. The landlord has a duty to provide habitable premises as agreed, while the tenant has a right to use and enjoy those premises. Understanding these terms is essential for correctly interpreting and enforcing contractual obligations.