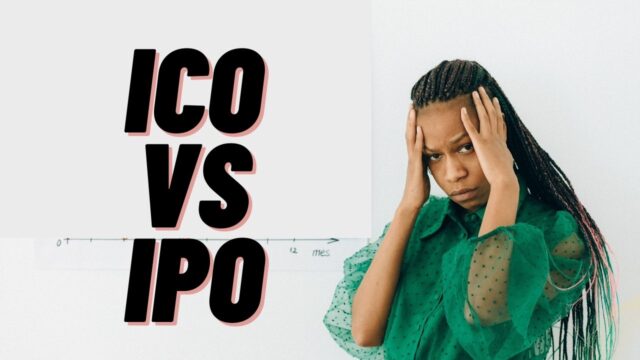 When it comes to starting a new business, there are a lot of options out there for raising money. You can take out a loan from the bank, you can try to get people to invest in your company, or you can go the route of an initial coin offering (ICO). But what is an ICO and how does it compare to an initial public offering (IPO)?

What is an ICO

In the world of cryptocurrency, an ICO is an event in which a new blockchain-based project sells tokens to early investors in exchange for funding. This is similar to an IPO (Initial Public Offering) in the traditional stock market, where a company sells shares to the public for the first time. ICOs have become a popular way for blockchain startups to raise money, as they offer a way to bypass the usual VC (Venture Capital) route.

However, there is also a lot of speculation and risk associated with ICOs, as many projects have failed to deliver on their promises. As a result, investors need to be very careful when considering an ICO. But for those who are willing to take the risk, ICOs can offer the opportunity to get in on the ground floor of a potentially successful project.

Ico and Ipo Ico stands for initial coin offering and ipo stands for initial public offering Ico is when a new cryptocurrency sells tokens to early investors ipo is when a new company sells shares to investors ico offers a way to bypass VC Many ICOs have failed You need to be careful when considering an ICO Offer the opportunity to get in on the ground floor of a potentially successful project.

What is an IPO

A company’s initial public offering (IPO) is when it first sells shares to the public. This is usually done to raise money for the company, which can be used for expansion, research and development, or working capital. The company will typically issue new shares, which are then bought by investment banks and sold to institutional and retail investors. An IPO can be a complex process, and there are a number of things that need to be taken into account, such as the type of shares being offered, the price of the shares, and the timing of the sale. However, if everything goes well, an IPO can be a great way for a company to raise capital and attract new investors.

An IPO is different from an ICO (initial coin offering), which is when a cryptocurrency company raises money by selling tokens or coins. ICOs have become increasingly popular in recent years, but they are still a controversial subject due to the lack of regulation in this area. Nevertheless, ICOs have proved to be a successful way for some companies to raise funds, and it will be interesting to see how they develop in the future.

The benefits of each ICO and IPO

An initial coin offering (ICO) is a type of crowdfunding, where startups offer investors a new cryptocurrency in exchange for funding. This can be a useful way for startups to raise capital, as it allows them to tap into a global pool of investors.

An initial public offering (IPO) is when a company sells shares of itself on the stock market. This can be a good way for companies to raise capital and create liquidity for shareholders.

Which option is best for a particular company depends on a number of factors, including the amount of money that needs to be raised and the level of risk involved.

Both ICOs and IPOs have their own benefits and risks, so it’s important to do your research before making any decisions. If you’re thinking about investing in either type of offering, be sure to speak with a financial advisor first.

When you should choose one over the other

Deciding whether to pursue an initial coin offering (ICO) or initial public offering (IPO) depends on a number of factors, including the type of business, the regulatory environment, and the availability of funds.

Businesses that are seeking to raise capital for a new product or service may find that an ICO is a more flexible and efficient option. An ICO can be structured in a variety of ways, giving issuers the ability to tailor the offering to their specific needs. In addition, an ICO is often less expensive and time-consuming than an IPO.

However, businesses that are already well-established and generating significant revenue may have an easier time pursuing an IPO. IPOs also tend to be more regulated than ICOs, providing greater investor protection. As a result, businesses that are looking to list on a public exchange or that are subject to stringent regulations may find that an IPO is the better option.

Ultimately, the decision of whether to pursue an ICO or IPO depends on the individual circumstances of the business. Careful consideration of the risks and benefits of each option will help ensure that the decision is made in the best interests of the company and its shareholders.

How to decide which is right for your company

When it comes to raising money for your business, you have a few different options. One is to go public with an initial public offering (IPO). This involves going through the Securities and Exchange Commission (SEC) and selling shares of your company to investors. An IPO can generate a lot of buzz and attention for your business, but it also comes with a lot of regulation and paperwork.

Another option is to do a private placement, which is when you sell shares of your company to wealthy individuals or institutions. This can be a good option if you don’t want to go through the hassle of an IPO.

Finally, you could do an initial coin offering (ICO). With an ICO, you create a new digital currency and sell it to people who want to use it. This can be a great way to raise money, but it’s also very risky.

So which option is right for you? It depends on your business, your goals, and your comfort level with risk. If you’re not sure, it’s a good idea to speak with a financial advisor.

The Pros and Cons of an ICO and IPO

An initial coin offering (ICO) is a means of crowdfunding, through the release of a new cryptocurrency or token to investors. ICOs are a relatively new phenomenon but have quickly become a popular way to raise capital for startups. There are a number of advantages associated with an ICO, including the ability to raise large amounts of money quickly and without regulatory restrictions. However, there are also some disadvantages to consider, such as the potential for scams and the lack of investor protections.

An initial public offering (IPO) is the traditional way for companies to go public and raise capital. IPOs have been around for centuries and have a well-established process and set of rules. They are also regulated by government agencies, which provides some investor protection. However, the IPO process can be lengthy and expensive, and there is no guarantee that the stock will be successful.

Both ICOs and IPOs have their own advantages and disadvantages. When deciding which option is right for a company, it is important to consider the goals and risks involved.