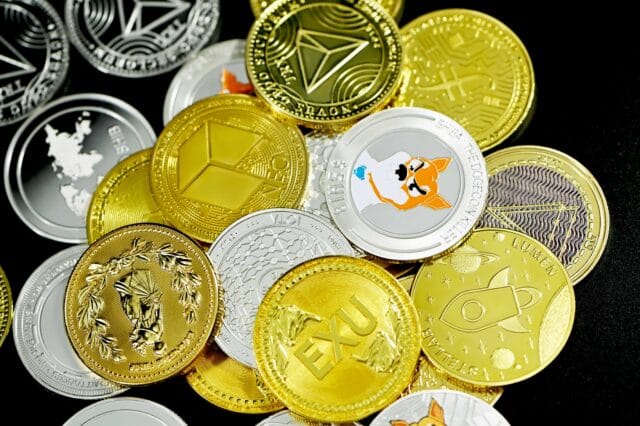 The acronym NFT means ‘non fungible token’ and the chances are that you have heard it used a lot in recent times. Essentially an NFT is an online asset that has been encrypted, making it impossible to reproduce or change.

NFTs are different from cryptocurrencies by the fact that the latter are fungible – meaning interchangeable. One bitcoin is basically the same as another, whereas the data created then stored on blockchains and referred to as NFTs is unique.

That makes them an equivalent to assets like paintings by famous artists. NFTs are often digital art, but can also be anything from trading cards to GIFs.

Of course anyone can share digital images, but buying an NFT gets you an ownership certificate stored on a blockchain. Thus mass sharing is compared to owning a print of a painting rather than the original version.

These tokens have gained in popularity recently due to their adoption by celebrities. Figures ranging from former Twitter CEO Jack Dorsey to actress Lindsay Lohan have created NFTs and sold them for large sums of money.

This embrace by the rich and famous has made the world pay attention. But how can you buy NFTS?

NFT marketplaces facilitate the buying and selling of NFTs. At this point, there are numerous marketplaces, some catering to niche audiences, while others are broader in scope.

Perhaps the biggest at the moment is OpenSea. This is a general marketplace, rather than a more specialized one, with visitors being able to sign up and check out what is available for free.

OpenSea is popular with digital art creators and much of what is on offer there falls into that category. It also allows you to buy NFTs using any of 150 cryptocurrencies.

The NFT marketplace set up by DraftKings is an example of a more niche one. Unsurprisingly for a sportsbook site, the focus here is on NFTs created by top sports stars like football player Tom Brady and skateboarder Tony Hawks.

This offers NFTs related to the Axie Infinity video game. In the game, an Axie is a mythical beast that can be trained to battle other Axies and they can be purchased at this marketplace alongside other tokens that can be used when playing the game.

The Axie NFTs – which are usually referred to as Axie Shards – use the blockchain Ethereum. That means you can buy them at the Coinbase crypto exchange among other places.

This is another more generalized NFT marketplace, but a key difference between it and OpenSea is that it has a token of its own – called Rarible – that must be used to buy them.

NFTs on offer include anything from bits of music to videos and digital art.

How can you make money with NFTS?

Anyone can create an NFT if they have a little Ethereum, a digital wallet and access to a marketplace to sell it. Making serious cash from it is a little more complicated though.

Essentially the financial value of an NFT is determined by how many people want to buy it, rather than by anything intrinsic to it. Thus, an NFT of the very first tweet ever posted by the former CEO of Twitter, Jack Dorsey, sold at a charity auction for more than $2.9 million.

Other public figures like Lindsay Lohan and the Youtuber Logan Paul have also been able to create and sell NFTs for millions of dollars.

Of course it is harder if you are not a celebrity with a huge social media following, but that does not mean NFTs cannot be lucrative for you. Turning collectables like sports trading cards into digital tokens is one way of achieving this, because the value to the buyer lies in their passion for collecting rather than your star name.

Ordinary people are already having success with NFTs by tapping into the passion that sports or music fans feel for their favorites. Furthermore, you can also make money from tokens that you did not create yourself.

Buying an NFT of something such as a sports trading card that has the potential to become very valuable in the future is an investment like any other.

Many people currently buying NFTs are clearly doing so with just this kind of future profit in mind. It is a risk, but that is true of all investments.

The more you understand the market, the greater the likelihood that the NFT you acquired will make you money down the line.

In the short term, NFTs are most likely to be lucrative for people who can exploit their status as a public figure in selling them. But in the longer term, investing in NFT collectables could be a smart move for ordinary people.