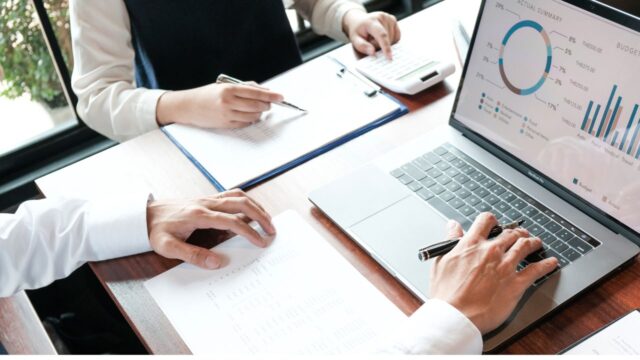 What Is Return on Invested Capital?

When evaluating a company’s value, it’s important to consider how much of it is invested in its stock. Companies that issue their own stock have no obligation to pay dividends, but issuing stock provides companies with cheaper funding than a bank loan, which typically comes with a higher interest rate. Investors evaluate this capital based on metrics, such as return on invested capital (ROIC) ratio. A company with a higher ROIC ratio is considered a value creator, and capable of generating larger profits.

Return on invested capital, also known as ROIC, is a key concept in finance, accounting, and valuation. It measures profitability and value-creation potential. Here are some definitions. Read on to learn more. How does ROIC relate to business? This article will explore the relationship between ROIC and business success. And learn how to calculate ROIC. Once you know what ROIC means, you can apply it to any business venture.

The ROIC ratio measures the value a firm has created by comparing its net income to the cost of capital. If ROIC is greater than the Weighted Average Cost of Capital (WACC), then a business is generating value for its shareholders. Conversely, a lower ROIC indicates that the company is destroying its capital, which can affect its overall value. Companies with higher ROIC ratios are generally better managed than those with low or negative ROIC.

An investment in equity is a type of stock that increases in value over time, either through capital gains or dividends. Equity ETFs are an efficient means of diversifying an investor’s capital. Although the investment is tax-efficient, equity investments also involve risk. Market risks affect the value of equity directly. Since stocks tend to fluctuate in value, the investor can lose money if the price of the stock declines. Other risks include credit risk, foreign currency risk, and liquidity risk.

Invested capital represents the cash invested by a company’s owners, debt holders, or other stakeholders. Invested capital enables companies to pay for fixed assets, day-to-day operating expenses, and other expenses. It is also used by investors to calculate returns on their investments. The amount of invested capital varies by company size and industry, but is typically more than the company needs to cover the costs of debt and operations.

A company’s invested capital is the amount of money it has raised from its shareholders and debtholders. The lenders provide this capital to the company, and the repayment schedule is set for a certain period of time. This is done regardless of the profitability of the company, and debt will be repaid before dividends are distributed to equity investors. In most cases, the lenders will have less risk and reward than equity investors.

To calculate a company’s invested capital, a company must subtract the value of its cash equivalents from the total amount of its debt. Net debt, on the other hand, includes bank loans and financial borrowings. Marketable securities, cash and other short-term investments are included in this category. A company’s ROIC ratio (return on invested capital) is used to gauge its value. Higher ROIC ratios indicate that the company is a value creator and can earn higher profits.

As an alternative to asset purchases, a business may enter into a long-term asset lease agreement. These long-term arrangements look similar to asset purchases and are similarly accounted for as assets and liabilities. The difference between these arrangements is that the lessee is not paying the actual cost of the asset, but rather the residual value. As a result, capital lease obligations are accounted for as a liability on the balance sheet.

A capital lease is similar to a hire purchase contract in that the lessee is responsible for repairs and maintenance of the asset. The difference is that in a capital lease, the lessee pays for a certain amount of time over the entire useful life of the asset, while an operating lease covers less than a year. Capital leases can be useful when an asset’s useful life is more than seventy-five percent.

A metric known as NOPAT, or net operating profit after tax, represents a company’s pre-financing profits. This is an important measure of a business’s overall profitability and is used in valuation and credit analysis. It is a necessary step in calculating free cash flow, which is a measure of a company’s debt capacity and can be used to value an investment through a discounted cash flow analysis.

NOPAT is the sum of money flows from a company. Since invested capital changes daily, the value of that capital is likely to fluctuate as well. In a given year, invested capital may be 30% lower than it was on December 30th. Because of these fluctuations, it is difficult to determine an average NOPAT. Often, it is estimated by taking an average of the IC value at the beginning and end of a year.