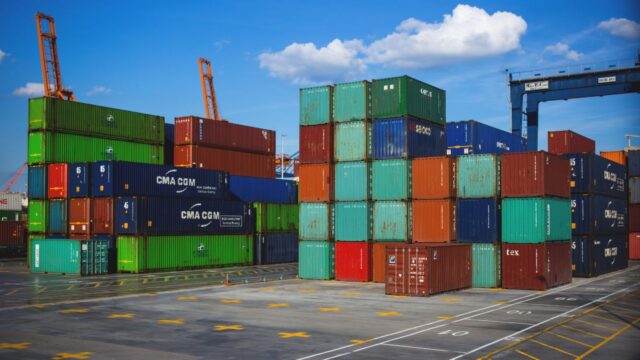 Import substitution industrialization (ISI) is a policy that emphasizes domestic production of goods instead of importing them. The goal is to stimulate economic growth and reduce dependency on other countries. This policy was widely used in Latin America and Asia in the mid-20th century. ISI typically involves protecting industries with tariffs and other restrictions on imports. The government also provides financial incentives for businesses to expand domestic production. Many economists argue that ISI can lead to economic stagnation and higher prices for consumers. However, others argue that it can be an effective way to jumpstart economic growth in developing countries.

The benefits of import substitution industrialization

There are several potential benefits of ISI. First, it can help to diversify a country’s economy, reducing its reliance on any one sector or trading partner. Second, ISI can stimulate job creation and economic growth. Third, it can lead to improvements in technological capabilities and the development of new industries. Finally, ISI can help to build up reserve funds of foreign currency, which can be used to stabilise the economy during times of crisis. While there are some challenges associated with ISI (such as the potential for crony capitalism), overall it can be a helpful tool for promoting economic development.

The challenges of import substitution industrialization

Countries face many challenges when they attempt to industrialize through import substitution. One challenge is that these countries may not have the necessary resources or infrastructure to produce the goods they need. They may also lack the skilled labor Force needed to operate the factories. Additionally, import substitution industrialization can lead to high levels of government debt and an over-reliance on imported inputs. This can make it difficult for countries to become self-sufficient and ultimately become economically competitive.

There are, however, some potential advantages to import substitution industrialization. These include the development of new industries and the generation of employment opportunities. Additionally, import substitution may lead to the creation of new technology and products. Ultimately, whether or not import substitution is successful depends on a number of factors, including the country’s resources, infrastructure, and labor Force.

How to make import substitution industrialization work for your country

There are a number of ways to make ISI work for your country. First, it is important to identify which sectors of the economy have the most potential for growth. Then, the government should provide subsidies and other forms of support to encourage the development of these industries. Additionally, it is necessary to create an environment that is conducive to business investment and entrepreneurship. This includes reforming regulations, improving infrastructure, and developing a skilled workforce. Finally, it is essential to maintain macroeconomic stability in order to attract foreign investment and limit the amount of capital flight. By taking these measures, your country can successfully develop its domestic industry and achieve greater economic self-sufficiency.

Over the past few decades, there have been a number of case studies of successful ISI policies. For example, in Brazil, the government implemented an ISI policy in the 1950s which helped to boost the country’s economy and reduce its dependence on imported goods. Similarly, in South Korea, ISI played a key role in the country’s economic development during the 1960s and 1970s. more recently, China has also pursued an ISI policy as part of its economic development strategy. While there have been some criticisms of ISI, such as its potential to lead to inefficiencies and Protectionism, the overall track record of successful ISI policies suggests that it can be an effective tool for promoting economic development.

The future of import substitution industrialization

Industrialization has been a key driver of economic growth throughout history. In developed countries, it led to a massive increase in living standards, as workers moved from farms to factories and enjoyed higher wages and greater opportunities. In developing countries, industrialization has often been seen as a way to catch up with the developed world. For this reason, many countries have pursued import substitution industrialization (ISI), a policy of protecting domestic industries from foreign competition through tariffs and other restrictions.

ISI has often been successful in promoting economic growth in the short term. However, it has also been associated with significant challenges, including low productivity, high levels of corruption, and an over reliance on natural resources. As a result, some experts have argued that ISI is no longer an appropriate model for economic development. Instead, they advocate for a focus on export-led growth and greater integration into the global economy. While there is no easy answer to this debate, it is clear that the future of ISI will be crucial to the economic development of many countries around the world.