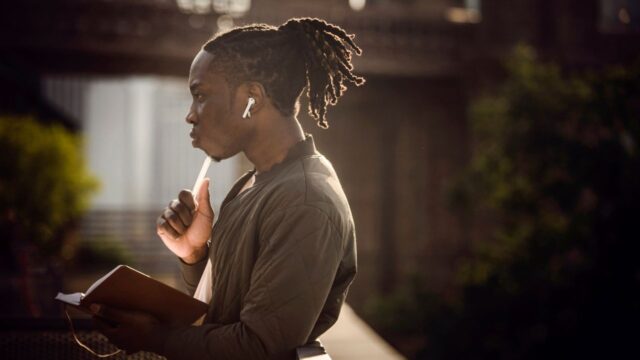 What is Homo Economicus

Homo economicus is a term that is used to describe the hypothetical perfect rational economic actor. This individual makes decisions based solely on personal interest and is not influenced by social, emotional, or moral factors. While this may seem like an unrealistic construct, it has become a useful tool for economists to model human behavior. By understanding how it would act in various situations, economists can gain insight into how real people are likely to behave. In many cases, this helps to explain why people make the decisions that they do. However, it is important to remember that homo economicus is just a model and does not represent reality perfectly. Nonetheless, it can be a valuable tool for understanding human behavior.

How does Homo Economicus behave

Homo Economicus, or “Economic Man,” is a hypothetical model of human behavior that is often used in economics. This model assumes that people are rational actors who make decisions based on their own self-interest. While this may seem like a simplistic view of human behavior, it can be helpful in understanding how people respond to economic incentives. For example, if the price of a good decreases, consumers will be more likely to purchase that good. Similarly, if the price of a good increases, consumers will be less likely to purchase it. This model can also be used to explain why some people are more likely to save money rather than spend it. In general, this is a useful model for understanding how people make economic decisions.

What are the implications of Homo Economicus’ behavior

The implications of this view of human behavior are far-reaching. Perhaps most importantly, it suggests that humans are fundamentally selfish creatures who are only concerned with their own well-being. This has led to some economists arguing that government intervention is unnecessary, as individuals will always act in their own best interests. It also implies that people are rational decision-makers who always make choices that will maximize their own welfare. However, numerous studies have shown that people often make suboptimal choices, suggesting that Homo Economicus is an inaccurate representation of human nature. While the concept of Homo Economicus continues to be influential, it is clear that it has serious limitations.

There is much debate surrounding the rationality of Homo Economicus, or the “Economic Man.” This is the hypothetical individual who is always rational and self-interested, and who always makes the best possible choices given the available information. Critics of this concept argue that it is unrealistic and that it fails to take into account factors such as emotions, social norms, and bounded rationality. However, supporters of this argue that the concept is useful for understanding and predicting economic behavior. Ultimately, whether or not Homo Economicus is truly rational is a matter of ongoing debate.

There are ways in which we can apply the concepts of Homo Economicus to our own lives. For example, when making a purchase, we often weigh the costs and benefits of different products before choosing the one that is best for us. We may also consider our own self-interest when making decisions about work and leisure activities. By understanding and applying the concepts of Homo Economicus, we can make more rational and efficient choices in our lives.

What criticisms have been levelled against the idea

The idea of Homo Economicus, or rational economic man, has been widely influential in economics and related fields. However, it has also been the subject of significant criticism. One line of criticism contends that the assumption of rationality is unrealistic and fails to take into account important factors such as emotions and bounded rationality. Another criticism is that it is overly individualistic and does not take into account the fact that humans are social beings. Additionally, some critics argue that the assumption of self-interestedness leads to harmful outcomes such as environmental degradation. Overall, while the idea of Homo Economicus has had a major impact on economics, it has also been the subject of serious criticisms from multiple perspectives.

What are the limitations of Homo Economicus

This model has been successful in many situations, but it does have limitations. First, it doesn’t take into account the fact that people are sometimes irrational. Second, it ignores the role of emotions in decision-making. Third, it assumes that everyone is equally self-interested, which is not always the case. Fourth, it doesn’t account for externalities, or the costs and benefits of an action that are not borne by the individual taking the action. Finally, it assumes perfect information, meaning that individuals have all of the relevant information available to them when making a decision. While it has been useful in many situations, understanding its limitations is important for making accurate predictions about economic behavior.

Can Homo Economicus be used to explain everything

Homo Economicus is a term that is often used to describe the typical rational actor in economic models. This hypothetical individual is assumed to always act in their own best interest, making rational decisions that maximize their utility. While this assumption simplifies economic models and can be useful in some situations, it is not realistic and cannot be used to explain everything. For example, altruistic behavior or social norms cannot be explained by Homo Economicus. In addition, this assumption ignores the role of emotions in decision-making. As a result, while it can be a useful tool in some circumstances, it is not all-encompassing and should not be used to explain everything.