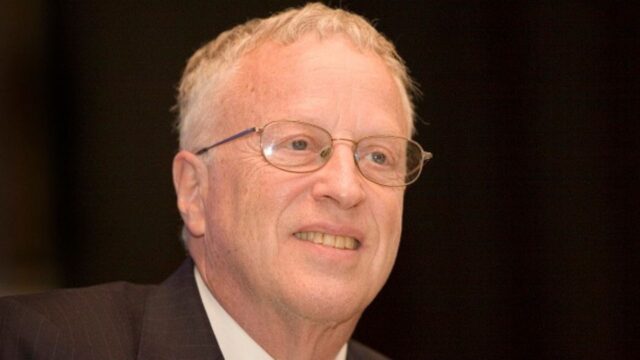 Who is George Akerlof

George A. Akerlof is an American economist who won the 2001 Nobel Memorial Prize in Economic Sciences. He is a University Professor at Georgetown University and a Distinguished Fellow of the Brookings Institution. Akerlof was born in New York City and grew up in Holyoke, Massachusetts. He received his BA from Yale University and his PhD from MIT. After working at the University of California, Berkeley, he joined the faculty of Stanford University in 1968. Akerlof’s research focuses on macroeconomics and economic history.

He is best known for his work on information asymmetry, which demonstrated that when one party to a transaction has more information than the other, it can lead to distorted outcomes. Akerlof has also written on unemployment, monetary policy, and social interactions. His work has helped to shape modern economic thinking, and he remains an influential figure in the field today.

What did he do that won him the Nobel Prize

George A. Akerlof was awarded the Nobel Prize in Economics in 2001 for his work on the “theory of markets with asymmetric information.” This theory is based on the idea that when buyers and sellers have different levels of information about a product or service, it can lead to an inefficient market. For example, Akerlof showed that when used car dealers have more information about the quality of a car than the buyers do, the dealers are able to sell lemons – or low-quality cars – at inflated prices. This theory has been used to explain a wide variety of economic phenomena, from why people are reluctant to buy insurance to why lenders discriminate against low-income borrowers. As a result, Akerlof’s work has had a profound impact on our understanding of how markets function.

What are his most famous works

George A. Akerlof is a Nobel Prize-winning economist whose most famous works focus on labor markets and asymmetric information. In his 1970 paper “The Market for Lemons,” Akerlof showed how the presence of imperfect information can lead to adverse selection, which in turn can lead to a breakdown of the market. This paper is widely considered to be one of the most important works in economics, and it has had a profound impact on both microeconomic theory and public policy. Akerlof has also done important work on unemployment, labor contracts, and behavior economics. His work has been instrumental in shaping our understanding of how markets work, and he is widely respected as one of the most influential economists of our time.

George A. Akerlof is a professor of economics at Georgetown University and a Nobel laureate in economics. In his view, economics should be taught as a historical subject. “I would argue that one of the most important things that students need to learn in an introductory economics course is how economic thought has developed over time,” he said. “By understanding how economists in the past have thought about the world, students can better appreciate the limitations of economic theory and how it needs to be constantly revised and updated in light of new evidence.” Akerlof believes that this historical approach would help students understand how economic ideas have evolved over time and how they continue to change in response to new data and events.

How has he changed the way we think about economics

He is best known for his work on asymmetric information, which showed how businesses can take advantage of consumers who have less information than they do. This work revolutionized the field of economics and helped to create a new branch of study known as information economics. Akerlof’s work has also had a significant impact on other areas of economics, such as game theory and contract theory. In addition, he has played a major role in shaping economic policy, both in the United States and around the world. As a result, George A. Akerlof is one of the most influential economists of our time.

What are his thoughts on the current state of economics

George A. Akerlof is a Nobel Prize-winning economist who is currently a University Professor at Georgetown University. In an interview with George, he was asked about his thoughts on the current state of economics. George said that the field of economics is in a “sorry state.” He believes that most economists have lost sight of their mission, which should be to improve the well-being of society. George also believes that many economists have become too focused on mathematical models and theories, and have forgotten about the real-world consequences of their work. As a result, George believes that economics needs to undergo a major rethink in order to regain its rightful place as a science that improves the lives of people. George’s insights provide a valuable perspective on the current state of economics, and his words should be heeded by those who want to see the field flourish.

What does the future hold for George Akerlof

In recent years, he has turned his attention to the study of behavioral economics and has been a leading voice in advocating for its incorporation into mainstream economic theory. While it is difficult to predict the future, it seems likely that Akerlof will continue to be a major figure in the field of economics for many years to come. His groundbreaking work has helped to shape the way economists think about a wide range of issues, and there is no doubt that his influence will be felt for generations to come.