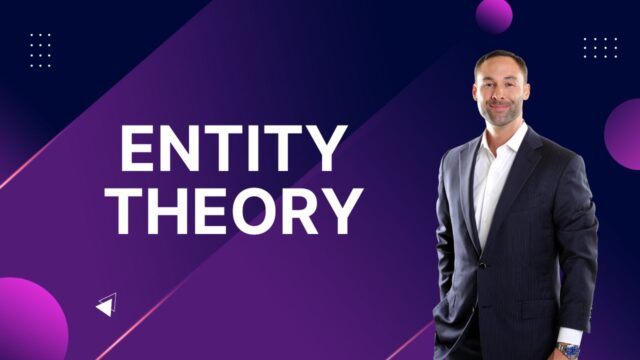 An Overview of Entity Theory

Entity theory is a legal and accounting concept

The concept of entity theory is based on the belief that an organization exists in a world apart from its owners. This separation allows the owners of the organization to be immune from liability for the enterprise’s debt and results. Entity theory also makes the owners’ personal assets separate from the business’s. This separation makes it possible to protect the financial interests of the business, while avoiding the risk of losing personal property.

The first example of entity theory comes from the case of Salomon v. Salomon & Co. Ltd. in 1897. Salomon, a sole proprietor, established a limited company to incorporate his business. He also appointed his two sons to serve as directors. Salomon subsequently acquired shares and debentures from the company, becoming a secured equity holder.

The concept of entity theory advocates the separation of business and owner transactions. This separation allows owners and businesses to determine their financial positions accurately. This concept is most commonly associated with the concept of limited liability, and applies to companies that are both corporations and limited liability partnerships. Under the theory, each owner maintains a separate identity from the company. However, the legal structure of a company may affect the way that accounting is done.

It facilitates concentration of productive assets

The application of entity theory has many benefits. This theory limits the liability of management and owners while fostering cooperative business activity. In the world today, this theory is the prevailing business model. It relies on the notion that corporations are separate legal entities. This concept is not universally accepted by scholars and has faced criticism from several quarters. Its key benefit is that it promotes the concentration of productive assets, a key benefit for the business community.

Entity theory is a framework for accounting that helps organizations determine the maximum profits possible through their operations. This model is most applicable to businesses with limited liability, such as corporations. The fundamental difference between this theory and the one that is applied to partnerships is that the latter focuses on profit determination. Profits are derived from the activities of the entity, while assets belong to the owner or equity holders. Entity theory also helps companies maximize profit through the allocation of profits.

Agency theory describes managers and shareholders as separate entities. According to the theory, profits cannot be maximized unless there are appropriate incentives for agents to behave appropriately. In addition, it does not assume that managers are utility maximizers and may be subject to social objectives. This theory relies on the idea that managers should act in accordance with the interests of the entity separate from the shareholders, which is why they must have a sense of responsibility towards consumers, employees, and the general public.