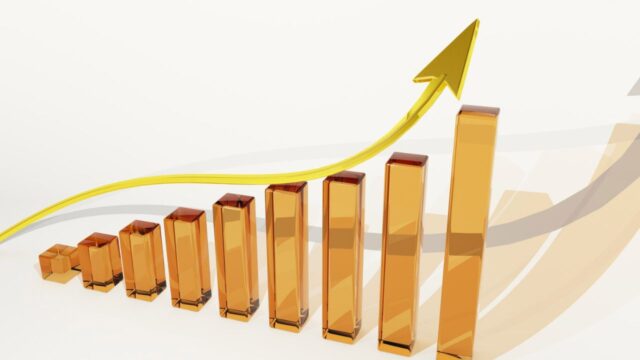 What is the boom and bust cycle

The boom and bust cycle is a pattern of economic growth and contraction that repeats itself approximately every 10 years. The cycle is characterized by a period of rapid economic expansion, followed by a brief period of slower growth, then a period of recession or depression. The boom and bust cycle is caused by a number of factors, including changes in interest rates, investment activity, consumer spending, and government policy. While the exact timing of the cycle may vary from one country to another, the overall pattern is relatively consistent. As the cycle repeat itself, it often leads to periods of financial instability and economic hardship. For this reason, many economists believe that the boom and bust cycle is one of the biggest challenges facing the global economy today.

What are the consequences of the boom and bust cycle

What steps should be taken during a boom period

Here are some steps that should be taken during a boom period:

1) Save money: It is important to save money during a boom period, as this will give businesses financial cushion in case the economy turns.

3) Be cautious with hiring: Although it may be tempting to hire more employees during a boom period, it is important to be cautious. Adding too many employees can put strain on the business if the economy turns.

What can be done to reduce the amplitude of the cycle

* Using discretionary fiscal policy to smooth out the peaks and troughs of the business cycle. This could involve using government spending to boost demand during periods of economic slowdown, and using taxation to cool down the economy during periods of rapid growth.

* Introducing automatic stabilisers. These are measures that automatically increase or decrease government spending as the economy grows or contracts, without the need for active intervention from policymakers. Examples include unemployment benefits, which increase during periods of high unemployment, and income tax, which decreases when people earn less money.

* Using monetary policy to target inflation. If inflation is low and stable, it can help to reduce the amplitude of the economic cycle by making it easier for businesses to plan ahead and make investment decisions. Low inflation can also help to reduce unemployment by making it less likely that workers will be laid off during periods of economic downturn.

What policies can help smooth out the cycle

There are a number of policies that can help to smooth out the cycle and prevent it from causing too much damage to the economy. For example, fiscal policy can be used to increase government spending during periods of economic slowdown. This can help to prop up demand and prevent layoffs. Monetary policy can also be used to combat the effects of the cycle. For example, the central bank can lower interest rates to encourage borrowing and boost economic activity. Finally, structural reforms can be implemented to make the economy more resistant to shocks. For example, labour market reforms can help to reduce the level of unemployment during downturns. Boom and bust cycles are a complex problem, but with the right policies in place, their damaging effects can be minimized.

The Boom and Bust Cycle is a historical phenomenon that has been well-documented throughout the centuries. Often, it refers to the economic cycles of expansion and contraction that countries experience. Although the Boom and Bust Cycle is largely driven by natural forces, there are some examples of successful management of this phenomenon. One notable example is the USA during the Great Depression.

President Franklin D. Roosevelt implemented a series of policies known as the New Deal which helped to bring the country out of recession and into recovery. Another example is China during the late 1990s. The Chinese government took proactive measures to prevent their economy from over-heating, and as a result, they were able to avoid a major economic downturn. These are just two examples of cases where effective management has helped to mitigate the effects of the Boom and Bust Cycle.