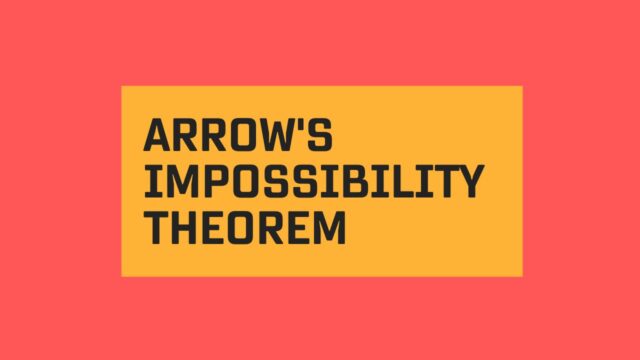 What is Arrow’s Impossibility Theorem

Arrow’s Impossibility Theorem is a key result in social choice theory, which studies how collective decisions can be made from the preferences of individual voters. The theorem states that it is impossible to construct a voting system that satisfies certain basic desiderata: namely, it must be universal (any voter must be able to express their preferences), non-dictatorial (the preference of any single voter should not determine the winner), and independent of irrelevant alternatives (the outcome should not change if two candidates are swapped). While Arrow’s Theorem may seem pessimistic at first glance, it actually highlights the need for careful thinking about how collective decisions should be made. Without understanding the basic limitations of voting systems, it would be all too easy to make bad decisions that fail to take into account the wishes of everyone involved.

What are some of the implications of the theorem

How has it been used in politics and economics

Arrow’s Impossibility Theorem is a mathematical proof that it is impossible to construct a fair voting system. The proof is based on a set of Arrow’s four fairness criteria: Arrow’s conditions, which are generally accepted as being necessary for a voting system to be fair. The theorem states that if there are three or more candidates for an election, then it is impossible to create a voting system that satisfies all four of Arrow’s fairness criteria. As a result, Arrow’s Impossibility Theorem has important implications for politics and economics. In politics, it suggests that it is impossible to create a perfect democracy, as there is no way to ensure that everyone’s vote will be weighted equally.

In economics, Arrow’s Impossibility Theorem has been used to study a variety of topics, including the efficiency of markets and the allocation of resources. Arrow’s Impossibility Theorem is a powerful tool for understanding voting systems and their limitations. It highlights the importance of ensuring that arrows Conditions are met in order to create a fair and representative democracy.

What are some criticisms of the theorem

What does the future hold for Arrow’s Impossibility Theorem?