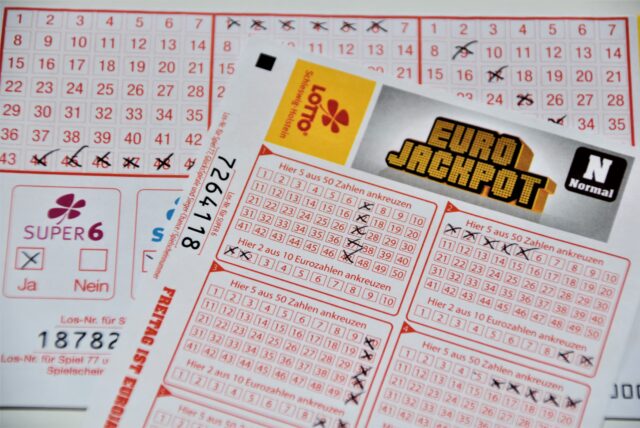 The American Lottery offers players the chance to win astronomical sums of cash. It is by far one of the most popular Lottery in the world, and it is only going to continue to attract more players, and payout bigger sums of cash. If you want to know more US lottery information try lotteryamerica.com. By following this link, you can find out the results of the last draw, how much a winning ticket was worth, and a whole lot of other information about the Lottery in America. We are going to look into how, why, and where the lottery is expected to grow, and consider if the trend can continue into the future, or is it just temporary?

Traditionally, the stock market has been a way to ‘safely’ invest your money, and reap the rewards many years down the line.  However, Covid-19 decimated the stock market leaving many investors to pose the question, is the stock market worth investing in? The inflation rate level in the US reached 7.5% as it was reported in January 2022. That figure is the highest that it has been for 40 years, and it has left more people to be concerned about what the future has in store for them.

People generally worry anyway about how they will cope financially when it comes to retirement, add into that the poorly performing stock market, and you will find that people will actively seek an alternative way of obtaining financial freedom and that is where the lottery comes in. The size of the winnings up for grabs will ensure that financial freedom is guaranteed for now, and well into retirement, leading more and more people into buying lottery tickets.

Banks are Offering Lottery as an Incentive

The lottery generates a huge amount of excitement, and it has been identified as the carrot to attract the unbanked population to start banking, or for a person to switch their account. Jackpot fever is real, and financial institutions capitalise on it in the form of sponsoring contests to encourage people to get saving.

There are a good number of credit unions and banks that will dangle cash as a way to encourage people into stashing their cash in savings accounts. People who deposit their money will receive tickets for annual, quarterly, or monthly raffles where players can win between perhaps $100 and $10,000.

The UK has been using these kinds of incentive schemes for decades, and they are now starting to become common in the United States. Enticing people into becoming steady savers via methods like lottery methods is seen as fun. Saving accounts are not as prominent in the United States as they are in other countries, and so encouragement is needed. Around 44% of American households are without 3 months’ worth of savings. Without having emergency savings, something like a job setback or repair bill for a car can lead people into seeking emergency payday loans, maxing out a credit card or two, or even selling their possessions at a pawnshop.

Key Players in the US Lottery Market

As with pretty much every industry, there will be some contributors that generate greater streams of revenue than others, and the US Lottery is no different. Playing the Lottery is one of the favourite activities for Americans, but some states play more than others, and what the average person spends on the Lottery in each State differs greatly. Here is a look at the key contributors for Lottery in the US:

As you can see there are many key contributors, all of which generate substantial revenues. One of the reasons the US Lottery is expected to grow by such a huge amount is down to it having so many significant streams of revenue.

So it would appear that the Lottery is definitely a growing trend rather than a flash in the pan, and the $27.90 billion expected growth is perhaps a bit on the conservative side. In addition to the above arguments, there is also an increase in the population to consider, meaning the pool will be much larger also, as well as there are still a few states that don’t have the lottery. Alaska, Hawaii, Nevada, and Alabama do not have the lottery, and although the likelihood is slim, there is always a possibility that these states will jump aboard the lucrative lottery train. The more that citizens in these states see the success of the lottery in other states, the more likely they will be to pressure the government. Not only is the lottery currently going through one of its most successful periods, but its future has never looked more promising.