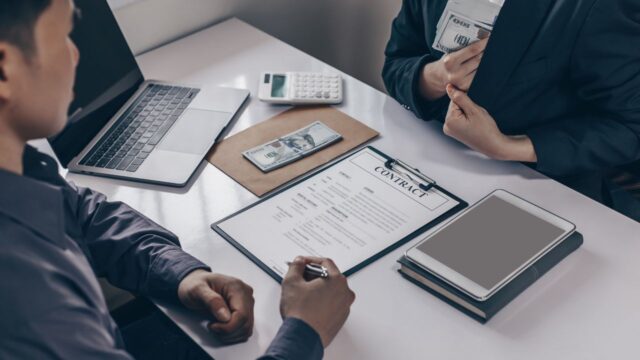 What is an Adhesion Contract

An adhesion contract is a legal agreement where one party agrees to terms that are heavily biased in favor of the other party. This type of contract is usually presented to the weaker party as a “take it or leave it” offer, with little or no negotiating room. Adhesion contracts are common in situations where there is an unequal power relationship, such as when a consumer purchases goods or services from a large corporation. While these contracts are legally binding, they are often seen as unfair and can be challenged in court. Nevertheless, it is important to be aware of adhesion contracts and to carefully read any agreement before signing it.

What are the benefits of using an Adhesion Contract

One benefit of using an adhesion contract is that it allows businesses to set forth their terms and conditions in a clear and concise manner. This can help to avoid misunderstandings between the parties and make it easier to enforce the terms of the agreement. Additionally, adhesion contracts can simplify the negotiation process by eliminating the need for each party to bargaining over individual terms. However, one downside of adhesion contracts is that they can be unfair to consumers, who may not have the same bargaining power as businesses. As a result, adhesion contracts are often subject to greater scrutiny by courts and regulatory agencies.

How to create an Adhesion Contract

The other party must then either accept the terms of the contract or walk away from the deal. Because of the unfairness of these contracts, many jurisdictions have laws governing their formation and enforcement. However, these laws vary significantly from jurisdiction to jurisdiction, so it is important to consult with an experienced attorney before entering into an adhesion contract.

If there is a dispute over the terms of an adhesion contract, the first step is to try to negotiate with the other party. If that is not possible or unsuccessful, the next step is to bring the matter to small claims court. Before going to court, it is important to gather all relevant documentation and evidence, such as emails, text messages, and any other written communication about the contract. It is also important to be clear about what you are asking for and why you believe you are entitled to it. Going to court can be time-consuming and stressful, but it may be the only way to get what you are owed.

How to enforce an Adhesion Contract

Pros and cons of Adhesion Contracts