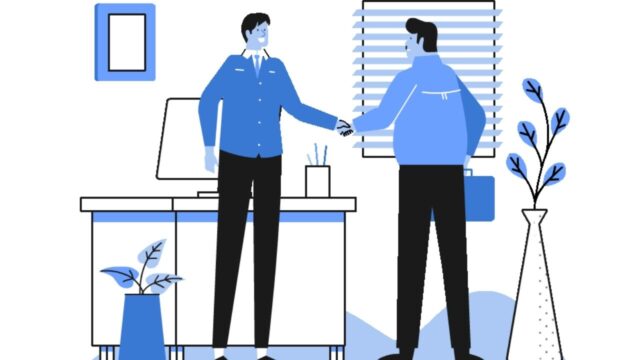 When it comes to legal documents, there are a few key terms that everyone should know. Two of these terms are “addendum” and “amendment.” Though they may sound similar, they have very different meanings. In this article, we will explore the differences between addendums and amendments, and explain when each should be used.

What is an addendum and what is it used for

An addendum is a supplemental or explanatory document that is added to another document. It is used to provide additional information that was not included in the original document, or to clarify or modify existing information. Addenda can be used in a variety of contexts, including legal contracts, academic papers, and business reports. When used in a legal context, an addendum can be used to make changes to an existing contract without having to void the entire document and start over.

In academia, addenda are often used to include data or analyses that were not originally part of the paper but which support the argument being made. In business, addenda may be used to provide updated information about a company’s products or services, or to explain changes in policy or procedure. Whatever the context, addenda play an important role in providing additional information that can help to clarify and strengthen the overall document.

How do you create an addendum

In some cases, it may be necessary to create an addendum to a document. This could be for a number of reasons, such as to add new information or to correct an error. An addendum can be added to the end of a document or incorporated into the text itself. If the latter is chosen, then the addendum should be clearly marked so that readers know that it has been added after the fact. When creating an addendum, it is important to make sure that it is concise and relevant to the original document. Otherwise, it risks confusing or overwhelming readers. With these guidelines in mind, creating an addendum can be a straightforward process.

What are the benefits of using an addendum

What is an amendment and what is it used for

An amendment is a legal document that alters or adds to an existing contract. Amendments can be used to make changes to the terms of the contract, to add new parties to the contract, or to extend the duration of the contract. In some cases, amendments may also be used to void a contract entirely. Amendments must be signed by all parties to the original contract in order to be legally binding. In order for an amendment to be enforceable, it must clearly state the changes that are being made and the effective date of those changes. If an amendment is not properly executed, it may be challenged in court and found to be unenforceable.

How do you create an amendment

There are many ways to create an amendment. The most common method is to submit a proposal to the state legislature, which must then be approved by a two-thirds majority in both the House and the Senate. Once an amendment has been proposed, it must then be ratified by three-fourths of the states.

Another method of passing an amendment is through a constitutional convention, which must be called for by two-thirds of the state legislatures. However, any amendments that are passed by a convention must then be ratified by three-fourths of the states. Regardless of the method used, it is clear that amending the Constitution is a difficult process that requires broad consensus. Consequently, amendments are rare and have only been used 27 times in our nation’s history.

What are the benefits of using an amendment

An amendment is a change or an addition to a contract, agreement, or other document. It is a formal document that must be signed by both parties in order to be valid. Addendums are similar to amendments, but are typically less formal and are used to add new information that was not originally included in the document.

There are many reasons why someone might want to amend a document. For example, they may want to change the date of the event, extend the length of the contract, or add a new clause. Whatever the reason, it is important to have everything in writing so that there is no confusion later on.

Amendments can be beneficial as they allow for flexibility and can help to avoid misunderstandings. However, they can also be complicated and time-consuming to create. As such, it is important to weigh the pros and cons before deciding whether or not an amendment is necessary.

How to decide which one to use- addendum or amendment

Addendum and amendment are two words that are often confused when it comes to their usage. An addendum is a document that is added to an existing contract or agreement, while an amendment is a change or modification to an existing document. Addendum can also be used as a noun to refer to something that has been added, as in “the addendum to the report.” Amendment, on the other hand, can only be used as a noun. When deciding which word to use, it is important to keep these definitions in mind.

In most cases, amendment will be the more accurate choice, as it typically indicates a more substantial change than an addendum. However, there may be some instances where addendum is the more appropriate word. For example, if you are adding a new clause to a contract, you would use the word addendum. Ultimately, it is important to choose the word that best conveys the intended meaning.

What are some common mistakes made with addendums and amendments

One common mistake that is made with addendums and amendments is failing to get all parties to sign off on the change. In order for an addendum or amendment to be legally binding, it must be agreed upon by all parties involved in the original contract. Otherwise, it may be interpreted as void or unenforceable. Another mistake that is sometimes made is failing to properly incorporate the addendum or amendment into the contract. Addendums and amendments should always be clearly numbered and dated, and they should be physically attached to the original contract so that there is no confusion as to which version of the document is currently in effect.

How to avoid making mistakes when using addendums or amendments

Addendums and amendments are both commonly used to modify existing documents. However, it is important to know the difference between the two in order to avoid making mistakes. An addendum is a document that is added to an already existing contract or agreement. It contains new information that was not included in the original document. An amendment, on the other hand, is a change or correction made to an existing document.

It can be used to add, delete, or modify language in the original document. When drafting an addendum or amendment, it is important to clearly specify the changes being made and ensure that all parties involved agree to the new terms. Addendums and amendments can be helpful in clarifying the terms of a contract or agreement, but only if they are used correctly.