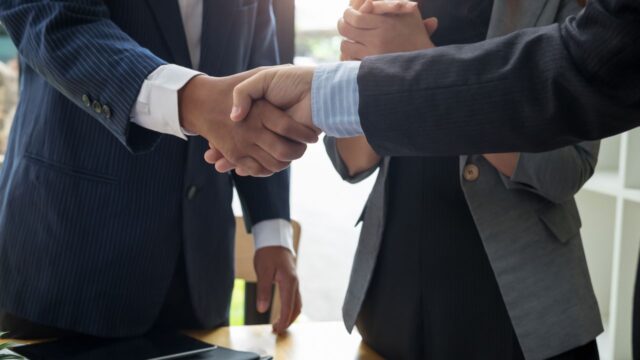 What is an acquisition premium and why do companies pay it?

When one company buys another, the price paid is often greater than the current market value of the target company’s shares. This difference is known as an acquisition premium, and there are a number of reasons why companies may be willing to pay one. The most common reason is that the acquirer believes that the target company has potential for growth that is not fully reflected in its current share price.

How does the bidding process work for acquisitions and what are some factors that influence the price tag?

The bidding process for acquisitions can be complex and nuanced, with a variety of factors influencing the final price tag. The first step is usually an initial offer from the acquiring company, which can be based on a number of factors including the target company’s financials, recent performance, and future prospects. This offer is usually non-binding, meaning that the target company is not obligated to accept it.

However, if the target company decides to move forward with the acquisition, they will then enter into exclusive negotiations with the acquiring company. From there, a final purchase price is typically agreed upon, with the acquirer paying a premium over the current market value of the target company’s stock. While there are no hard and fast rules for how this premium is determined, it is often based on a number of factors including the expected synergies from the deal and the perceived riskiness of the transaction. Ultimately, the final purchase price is determined by a combination of these factors, with each side negotiating until they reach an agreement.

What are the benefits of acquiring another company, and how can a business maximize those benefits?

There are many potential benefits to acquiring another company. Perhaps the most obvious benefit is that it can immediately expands the size of the business and its market share. It can also provide access to new markets, new technology, and new sources of labor and raw materials. In addition, acquired businesses often come with existing customers and supplier relationships, which can save time and money that would otherwise be needed to develop those relationships from scratch.

To maximize the benefits of an acquisition, it is important to carefully consider why the acquisition is being made and what specific benefits are hoped to be achieved. For example, if the goal is to quickly expand market share, then it may be worth paying a premium for a company that already has a strong presence in the desired market. On the other hand, if the goal is to gain access to new technology, then it may make more sense to acquire a smaller company that is at the cutting edge of innovation. Whatever the goals may be, it is important to have a clear plan for how the acquisition will help achieve them.

Are there any risks associated with making an acquisition, and how can they be mitigated?

Anytime a company makes an acquisition, there are associated risks. These risks can be broadly categorized into four main areas: financial, regulatory, cultural, and operational.

While there are no guaranteed ways to mitigate these risks, there are some steps that companies can take to minimize them. For example, companies can perform due diligence on potential targets to reduce the chance of paying too much or acquiring a problem child. They can also structure deals in such a way as to minimize regulatory scrutiny, or ensure that key employees of the acquired company are retained to help smooth over any cultural clashes. By taking these and other steps, companies can reduce but not eliminate the risks associated with making an acquisition.

How has the economy changed the way businesses approach acquisitions, and what impact has this had on the market as a whole?”

In the past, businesses would typically approach acquisitions with the goal of increasing market share or entering new markets. However, in today’s economy, businesses are more likely to focus on acquisitions that will help them cut costs or improve efficiencies.

As a result, there has been a shift in the types of businesses being acquired, and many smaller businesses are now being bought up by larger companies. This trend has had a number of impacts on the market as a whole. First, it has made it more difficult for small businesses to compete. Second, it has lead to increased consolidation in certain industries. And finally, it has put pressure on businesses to be more innovative and efficient in their operations.