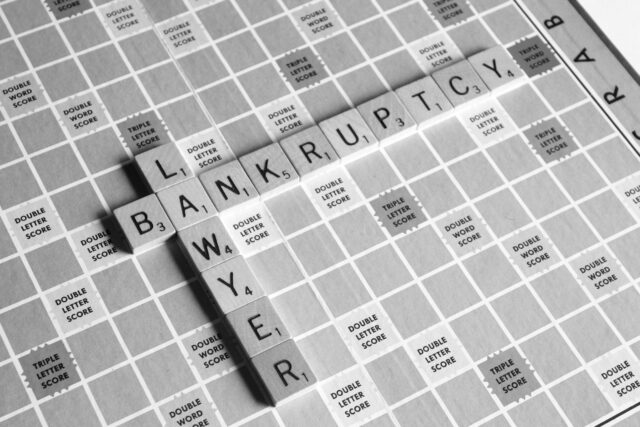 Nobody wants to file for bankruptcy, but the fact is that sometimes people fall behind on their bills and end up barely scraping by. If you owe money to secured or unsecured creditors, the best idea may be to file. There are two main types of bankruptcy, each with its own eligibility requirements and advantages.

Chapter 7 bankruptcy does not require a repayment plan. Instead, a bankruptcy trustee sells the debtor’s nonexempt assets. The money made from the same goes toward paying off the creditors owed. Sometimes, the person filing for bankruptcy will have a lien on his or her property or mortgage. Some items are exempt from these rules but are on a case-by-case basis, but it is important to plan for the possibility of losing property if you decide to file Chapter 7.

Individuals, partnerships, or corporations can file for Chapter 7 bankruptcy, as long their disposable income is low enough to pass the means test. Additionally, an individual can’t file if they had a previous bankruptcy dismissal in the last 180 days. The filer must have also received credit counseling from an approved agency before filing for Chapter 7. There are some exceptions in emergency situations, but the U.S. trustee must determine there are no approved agencies for credit counseling that the individual can go to first. While individuals can have debts discharged when filing Chapter 7, partnerships and corporations cannot.

When you file a Chapter 7 bankruptcy with the help of a lawyer such as those from Crawley Law Firm, the court will order an automatic stay on most of your creditors. This means they can no longer contact you in an effort to get the money that you owe them. Several months later, the bankruptcy will erase qualifying debts, such as personal loans, medical bills, and credit card balances.

Also known as a wage earner’s plan, Chapter 13 bankruptcy allows individuals who have a regular income to create a plan to repay their debts. Under this type of filing, the filer creates a repayment plan that allows them to repay their creditors in 3-5 years. A debtor whose current income is less than the state median will have three years to make payments. A debtor whose current income is more than the state median typically has five years to repay his or her debts. During this time period, creditors cannot continue collection efforts.

An individual, including those who operate an unincorporated business or who are self-employed, is eligible for debt relief as long as their debt is less than $2,750,000. To be eligible you cannot have filed for bankruptcy or had it dismissed due to failure to appear in the past 180 days. He or she must also have received approved credit counseling. As with Chapter 7, there are exceptions for emergent situations, but the U.S. trustee is who determines if the situation is emergent.

Chapter 13 is a type of bankruptcy that reorganizes your debt so that you can pay back at least a portion of what you owe each month. The amount you pay will be determined based on how much you earn, how much you owe, and how much property you own. People who file Chapter 13 do not have their property sold, but they must pay creditors an amount based on the nonexempt property value.

Which Type of Bankruptcy Filing Is Right For You?

The type of bankruptcy you file for depends on your personal needs. Filing for Chapter 7 bankruptcy is best if you have unsecured debt such as medical bills, personal loans, or credit card debt. It’s also best for people who don’t have a regular income, don’t have debts such as alimony or child support, and if you are not able to commit to a payment plan for at least three years.

There are some cases when filing for Chapter 13 bankruptcy is better than filing for Chapter 7. This is best if you have nonexempt property that you want to keep, you need to catch up on your mortgage payments, and you have debts that can’t be discharged. It’s also a better option for people who have multiple mortgages, have a car loan that has a high-interest rate, or if you owe money to an ex-spouse due to a property settlement.

If you still aren’t sure which type of bankruptcy is right for you, don’t worry. Contact Crawley Law Firm today to learn how they can help.