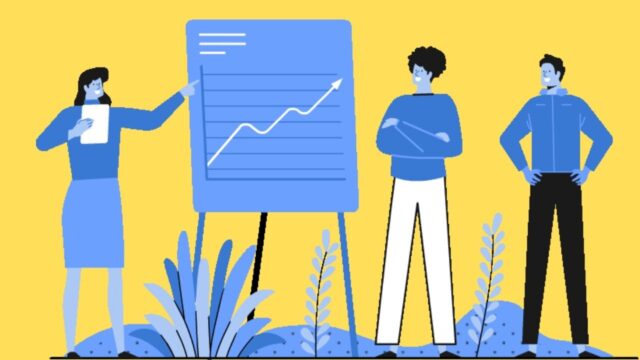 Traders often enter into weak long positions, which can lead to losses if not managed properly. In this article, we will explore what weak longs are, why traders enter into them, and the risks associated with them. We will also look at how to exit a weak long position profitably, as well as strategies for avoiding or minimizing losses.

What are weak longs and how can you identify them

A “weak long” is a term used by traders to describe someone who is holding onto a losing position in the hopes that the market will turn around. Weak longs are often identified by their stubbornness and refusal to admit when they are wrong. They may also display aggression towards other traders who have shorted the market, feeling that they are somehow responsible for their losses. weak longs can be dangerous for both the trader themselves and the market as a whole, as they may refuse to exit their position even as it continues to lose value. As such, it is important to be able to identify weak longs so that you can avoid them. Some common signs of a weak long include excessive denial, anger, and blame. If you see these behaviors in a trader, it is best to steer clear.

Why do traders enter into weak long positions

Many traders enter into weak long positions when they believe that the market is going to move higher, but they do not have conviction in their trade. This often leads to the trader exiting the position as soon as they see any sort of resistance or the market starts to move against them. A weak long position can also be entered into when a trader is trying to average down on a losing trade.

This occurs when a trader buys more of a security that has lost value in an attempt to lower their overall cost basis. While this may work if the market does indeed turn around, it often leads to the trader taking even greater losses if the market continues to fall. Weak long positions can also be created when a trader is trying to hedge their portfolio against a potential decline in the markets. By buying securities that are expected to hold up better than others in a down market, the trader can offset some of the potential losses in their portfolio. While hedging can be a risky strategy, it can sometimes be effective in mitigating losses.

What are the risks associated with weak longs

Weak longs are a common source of risk in the stock market. A weak long is defined as an investor who buys a security with the hope that it will increase in value, but does not have the conviction to hold the security if it decreases in value. This type of investor is often swayed by emotions and can make impulsive decisions that result in losses.

Weak longs often hold onto losing positions for too long, hoping that the security will eventually rebound. This can result in substantial losses that could have been avoided if the investor had sold the security when it first began to decline. Weak longs also tend to panic when the market sells off and they see their portfolios declining in value. This can lead to rash decisions such as selling all of their holdings, which can crystallize losses. Weak longs are a significant source of risk in the stock market and can be detrimental to portfolio performance.

How can you exit a weak long position profitably

Weak long positions are those where the underlying security has fallen below a significant level of support, such as a moving average, but has not yet broken through key resistance. For Weak Longs traders, the goal is to exit these positions before the security breaks through resistance and falls even further. There are a few ways to do this profitably. One is to set a stop-loss order at a price below resistance. This will ensure that you sell if the security breaks through resistance and falls.

Another way to exit Weak Longs profitably is to wait for the security to rebound off of resistance and then sell. This allows you to capture some of the short-term upside while still getting out of the position before it falls further. Finally, you can also scale out of Weak Longs positions by selling a portion of your position at Resistance and then selling the remainder if the security breaks through resistance. This allows you to capture some upside while still reducing your risk. No matter which method you use, exiting Weak Longs before they break through key resistance is essential for protecting your profits.

There are a few things to keep in mind when trading Weak Longs. First, it’s important to remember that these are not strong positions. They may be vulnerable to sudden changes in market conditions. As such, it’s important to have exit strategies in place in case the trade starts to go against you. Second, don’t try to average down if the position starts to lose value. This will only increase your losses. Finally, Weak Longs can be a good opportunity to take profits off the table before the end of the day. By doing so, you can minimize your losses and lock in some profits.

Weak longs are a serious problem for investors because they can lead to large losses if the market moves against them. When an investor takes a long position, they are betting that the price of the security will go up. However, if the market moves against them, they can be left with a huge loss. This is why it is so important to carefully manage your long positions and make sure that you have the right strategy in place. Weak longs can also lead to margin calls, which can force you to sell your position at a loss. This is why it is essential to understand the risks associated with weak longs before you take any positions in the market.