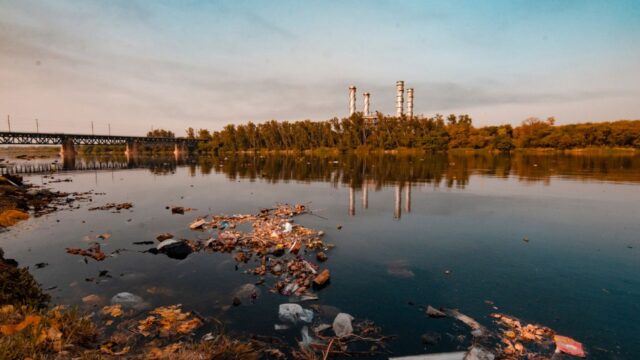 What is water pollution liability

Water pollution liability is the legal responsibility for damages caused by the contamination of bodies of water. This can include both surface water (lakes, rivers, and oceans) and groundwater (underground aquifers). Water pollution can come from a variety of sources, including factories, sewage treatment plants, agriculture, and even storm water runoff. When water is polluted, it can become unsafe for drinking, swimming, and fishing.

How does water pollution liability work

Anyone who discharges pollutants into navigable waters or groundwaters may be liable for water pollution under the federal Clean Water Act (CWA). This law prohibits the “addition” of any pollutants to navigable waters unless a permit is obtained from the U.S. Army Corps of Engineers (Corps) or the Environmental Protection Agency (EPA). To obtain a permit, the applicant must demonstrate that the discharge will not violate certain water quality standards established by EPA.

Who is responsible for water pollution liability

Water pollution is a growing problem in many parts of the world. As industry and agriculture have become more intensive, the release of pollutants into waterways has increased. This has led to serious health problems for both people and wildlife. While businesses and government agencies are typically responsible for water pollution liability, individuals also play a role. For example, runoff from lawns and gardens can contain pesticides and fertilizers that pollute waterways. In addition, dumping household hazardous waste such as paint and cleaning products down the drain can also pollute the water supply. To protect our waterways, it is important for everyone to take responsibility for preventing water pollution.

What are some common causes of water pollution

One of the most common causes of water pollution is agricultural runoff. This occurs when chemicals from farming operations, such as fertilizers and pesticides, are washed into waterways. These substances can disrupt aquatic ecosystems and cause harm to plant and animal life. Another common source of water pollution is sewage effluent. This is wastewater that has been released from municipal treatment plants. Although it is treated to remove harmful contaminants, sewage effluent still contains a high level of nutrients that can cause problems in aquatic ecosystems. Storm water runoff is another major source of water pollution. This happens when rainwater picks up pollutants from urban areas, such as oil and grease from roads, and carries them into waterways. Storm water runoff can also carry sediment that can damage fish habitats.

What are some common effects of water pollution

There are a number of different ways that water pollution can negatively impact the environment. One of the most obvious is the contamination of drinking water supplies. When water is contaminated with harmful chemicals or pathogens, it can pose a serious health risk to humans and animals. In addition, water pollution can also lead to the death of fish and other aquatic creatures. This can disrupt the food chain and lead to a decline in populations of certain species.

Furthermore, water pollution can also cause problems for plants, as it can make it difficult for them to access the nutrients they need to grow. In direct sunlight, contaminated water can also create hazardous air pollutants. These pollutants can cause a range of respiratory problems, including asthma and bronchitis. Overall, water pollution can have a wide range of negative impacts on both the environment and human health.

How can businesses protect themselves from water pollution liability

Water pollution is a major problem in the United States, with over three million cases of water contamination reported every year. When businesses pollute waterways, they not only damage the environment but also face the risk of being liable for costly cleanup operations and fines. There are a number of steps businesses can take to protect themselves from water pollution liability, including obtaining pollution insurance and developing a storm water management plan. Pollution insurance can help cover the cost of cleanup operations, while a storm water management plan can help to prevent pollution in the first place. By taking these steps, businesses can help to protect themselves from water pollution liability and play a role in preserving our nation’s waterways.

What are some common myths about water pollution liability

There are a number of myths and misconceptions about water pollution liability. One common myth is that the Environmental Protection Agency (EPA) automatically fines companies for polluting waterways. In reality, the EPA can only take enforcement action if there is evidence of a violation of the Clean Water Act. Another myth is that companies are not responsible for pollution caused by their employees.

In fact, companies can be held liable for pollution caused by their employees if the employees were acting within the scope of their employment. Finally, some people believe that water pollution insurance is not necessary because companies are already liable for pollution under environmental regulations. However, water pollution insurance can provide valuable protection in the event of a spill or other incident. It can also help to cover the costs of cleanup and response. As a result, it is an important part of any company’s risk management strategy.