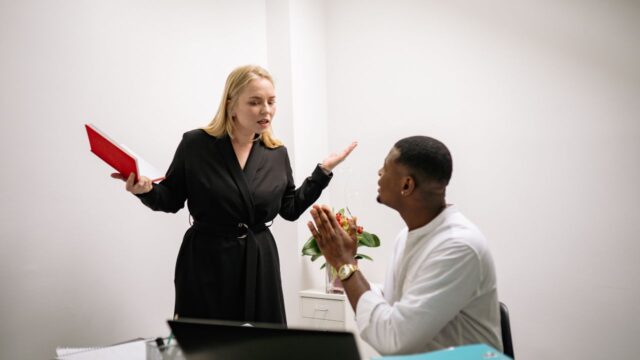 What is an unintentional tort

If you’ve been injured by someone’s negligence, you may have a case for an unintentional tort. To win your case, you’ll need to prove that the other person owed you a duty of care, that they breached that duty, and that you suffered harm as a direct result of their breach. Duty of care is the legal obligation to take reasonable measures to avoid harming others. For example, drivers have a duty to operate their vehicles in a safe manner.

If they fail to do so and cause an accident, they may be liable for any resulting injuries. To prove that the other party breached their duty of care, you’ll need to show that their actions were unreasonable under the circumstances. For instance, if a driver was speeding on a wet road and hit another vehicle, their actions would likely be considered negligent. Finally, you’ll need to demonstrate that the other party’s negligence directly caused your injuries. If you can prove all three elements of an unintentional tort, you may be able to recover damages for your medical bills, lost wages, and pain and suffering.

What are some common examples of unintentional torts

There are a number of different ways in which a person can commit an unintentional tort. One common example is known as “negligence.” This occurs when someone fails to take reasonable care to avoid harming others. For example, if a driver speeds through a neighborhood and strikes a pedestrian, the driver may be found negligent. Another common example of an unintentional tort is “strict liability.” This applies in cases where someone is held liable for damages even if they did not intend to cause harm. For instance, if a manufacturer produces a defective product that causes injury, the company may be held strictly liable. These are just a few examples of unintentional torts – there are many others that can occur under different circumstances.

How can you protect yourself from unintentional torts

There are many things you can do to protect yourself from unintentional torts. First, you should always be aware of your surroundings and take precautions to avoid dangerous situations. For example, if you are walking near a construction site, it is important to watch for falling debris and stay clear of areas where there is potential for collapse. Second, you should never assume that others will act responsibly. For instance, if you are driving, you should always be prepared for the possibility that another driver may run a red light or make an illegal turn. Finally, you should always have insurance to cover yourself in the event that you are involved in an accident. By taking these simple steps, you can help to protect yourself from the financial damages that can result from an unintentional tort.

What are the consequences of an unintentional tort

The person who committed the tort may not have intended to harm anyone, the law allows victims to recover damages for the injuries they have suffered. The most common type of unintentional tort is negligence. To prove negligence, the victim must show that the defendant owed them a duty of care, breached that duty, and caused them to suffer an injury as a result. If the victim is successful in proving negligence, they may be awarded damages for their medical expenses, lost income, pain and suffering, and other losses.

In some cases, the court may also order the defendant to pay punitive damages, which are designed to punish particularly egregious behavior. While unintentional torts can give rise to civil liability, they can also have criminal consequences. For example, if someone accidentally kills another person while driving recklessly, they may be charged with vehicular homicide. Ultimately, the penalties for an unintentional tort will depend on the severity of the harm caused and the circumstances under which the tort was committed.

Can you sue for an unintentional tort

Tort law is designed to protect people from harm caused by the intentional or negligent actions of others. There are many different types of torts, but one of the most common is negligence. Negligence occurs when someone fails to take reasonable care to prevent harm to others. For example, if a driver runs a red light and hits another car, they may be liable for negligence. However, not all torts are based on negligence. Intentional torts occur when someone intentionally causes harm to another person.

How do you win an unintentional tort case

If you’ve been the victim of an unintentional tort, you may be wondering how you can win your case. The first step is to hire a qualified personal injury attorney who has experience with these types of cases. Once you have a legal representative, they will begin gathering evidence to support your claim. This may include obtaining witness statements, medical records, and police reports. In some cases, it may also be necessary to hire expert witnesses to testify on your behalf. Once all of the evidence has been gathered, your attorney will work to negotiate a settlement with the responsible party. If a settlement can’t be reached, then your case will go to trial. With the help of your lawyer, you’ll need to prove that the other party was at fault and that you deserve compensation for your damages. If successful, you could be awarded financial compensation for your injuries and damages.

What are some common defenses to an unintentional tort claim

There are a few different ways that a person can defend themselves against an unintentional tort claim.

The first is by proving that they did not have the intent to harm the plaintiff. For example, if someone accidentally spills hot coffee on another person, they will likely not be held liable for any damages because there was no intention to cause harm.

Another defense is to show that the plaintiff was partially at fault for the incident. This is known as comparative negligence and it can sometimes result in a reduction of damages. For example, if someone trips and falls on a slippery floor, they may only be able to recover half of their damages if it can be shown that they were not paying attention.

Finally, some defendants will try to argue that the plaintiff assumed the risk of injury by voluntarily participating in an activity with known risks. For example, someone who goes bungee jumping cannot sue the bungee company if they are injured because they knew there was a risk of injury when they chose to participate.

What should you do if you’ve been the victim of an unintentional tort?

If you’ve been the victim of an unintentional tort, there are a few things you can do. First, you should seek medical attention if you’ve been injured. Next, you should gather any evidence that you have, such as photos or witnesses’ statements. Finally, you should contact a personal injury lawyer to discuss your legal options. An experienced lawyer can help you to understand the complicated legal process and ensure that your rights are protected. With their help, you can get the compensation you deserve and move on with your life.