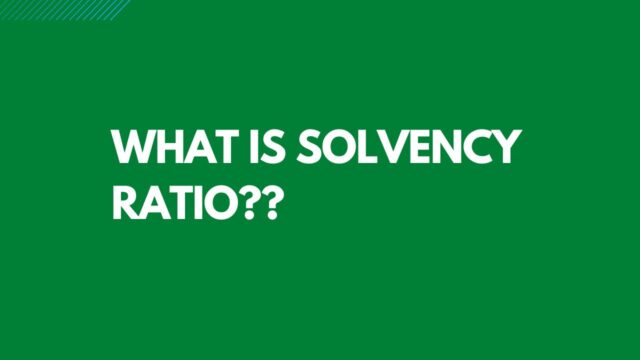 What is a solvency ratio and why is it important

How to calculate the solvency ratio

To calculate the solvency ratio, divide the company’s total assets by its total liabilities. The resulting number will be between 0 and 1, with a higher number indicating a greater ability to repay debts. The solvency ratio is an important metric for creditors and investors, as it provides insight into a company’s financial health. It is also useful for comparing companies within the same industry, as companies with similar ratios are typically in similar financial condition. For example, if two companies in the same industry have solvency ratios of 0.6 and 0.8, the latter company is likely to be in better financial shape.

What factors can affect the solvency ratio

There are a number of factors that can affect the solvency ratio, and it is important to consider all of these when interpreting this metric. For example, companies with high levels of debt will typically have a lower solvency ratio than companies with low levels of debt. This is because the higher the level of debt, the greater the portion of assets that are required to be used to repay liabilities, and this can increase the risk of default.

In addition, companies that have significant amounts of inventory or receivables may also have a lower solvency ratio, as these items are considered to be less liquid than cash or marketable securities. Finally, companies that operate in industries with high levels of capital expenditure may also have lower solvency ratios, as they may require significant amounts of funding to maintain their operations.

How to improve the solvency ratio

There are several ways to improve the solvency ratio. One way is to increase revenue. This can be done by growing the business, improving efficiency, or expanding into new markets. Another way to improve the solvency ratio is to reduce expenses. This can be accomplished by cutting costs, negotiating better terms with suppliers, or reducing overhead. Finally, a company can improve its solvency ratio by increasing its equity. This can be done by selling new shares, issuing bonds, or retain earnings. By taking these steps, a company can improve its financial situation and become more solvent.

The consequences of a low solvency ratio

The consequences of a high solvency ratio

Real-world examples of companies with good and bad solvency ratios

There are many real-world examples of companies with good and bad solvency ratios. For instance, Apple Inc. has a current ratio of 1.39, which indicates that it has ample liquidity to cover its short-term liabilities. In contrast, J.C. Penney Company, Inc. has a current ratio of 0.62, suggesting that it may not have enough cash on hand to cover its short-term obligations.

Tips for investors when considering companies with different solvency ratios