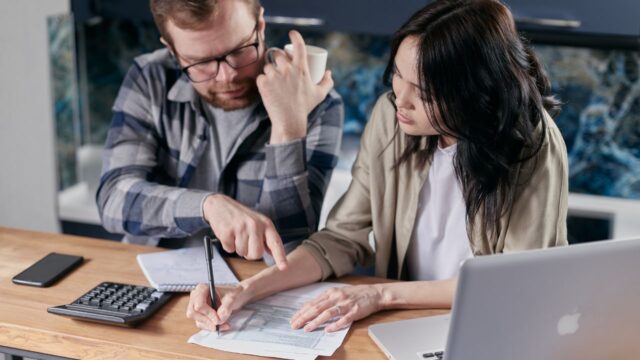 What is recourse debt and why is it important

Recourse debt is a type of loan that allows the lender to seek repayment from the borrower if the collateral (usually a piece of property) is not sold for the full amount of the loan. This type of debt is often used in situations where the collateral is not easily valued, such as with real estate or artwork. While recourse debt can provide some protection for lenders, it also comes with some risks. If the value of the collateral declines, the borrower may be unable to repay the loan, leading to a default. Additionally, if the borrower tries to sell the collateral for less than the outstanding balance on the loan, the lender may take legal action to enforce its rights. For these reasons, it is important for borrowers to carefully consider whether recourse debt is right for them before entering into any loans.

How does recourse lending impact a company’s cost of capital

How can a company reduce its reliance

A company can take a number of steps to reduce its reliance on recourse debt. One option is to refinance existing debt with non-recourse financing. This type of financing does not require the company to put up collateral, and as such, it can be less expensive than recourse debt. Another option is to strengthen the company’s balance sheet by reducing expenses and increasing revenues. This will make the company more attractive to potential lenders and allow it to access better terms on future loans. Finally, the company can diversify its funding sources by tapping into equity markets or seeking out alternative forms of financing. By taking these steps, a company can minimize its exposure to recourse debt and create a more stable financial foundation.

What are the risks associated with recourse lending

When a lender extends a loan to a borrower with the expectation that the loan will be repaid, this is known as recourse lending. In most cases, the borrower will have some form of collateral (such as a house or car) that can be repossessed if they default on the loan. However, there are also some risks associated with recourse lending. If the borrower files for bankruptcy, the lender may not be able to collect on the debt. Additionally, if the collateral is devalued (such as in the case of a major market crash), the lender may not be able to recoup their losses. As a result, recourse lending can be seen as a high-risk investment for lenders.

What are the implications of defaulting on recourse debt

How does recourse debt compare to other types of debt?

When it comes to debt, there are many different types that can be incurred by individuals, businesses, and even governments. One type of debt is recourse debt, which is defined as a loan that allows the lender to seize assets in the event of default. This type of debt is often used by businesses in order to finance major projects or expansions. However, it is also important to note this debt comes with a higher level of risk for both the borrower and the lender. In the event of default, the lender may be forced to liquidate assets in order to recoup their losses. As a result, it is generally recommended that borrowers only take out this type of loan if they are confident in their ability to repay it.

What are some real-world examples of companies that have used recourse debt?