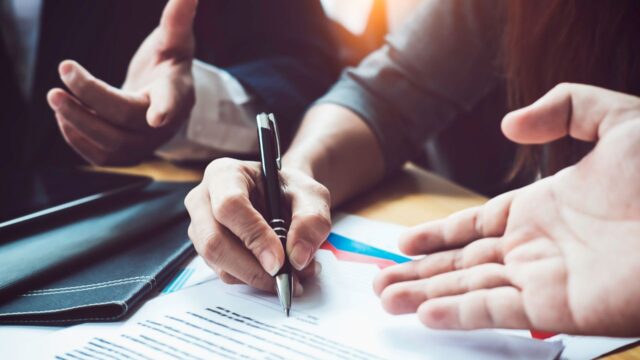 What is a ‘Quasi Contract’

A quasi contract is an agreement between two parties without previous obligations to one another that has been created and legally recognized by the court system. under a quasi-contract, neither involved party is expected to create such an agreement; this contract is arranged and imposed by a judge to correct a circumstance in which one party acquires something at the expense of the other party.

For example, consider a pizza that is delivered to the wrong address. The pizza has already been paid for. If the individual does not correct the delivery man and instead keeps the pizza, the court system could issue a quasi contract that would require the individual to pay back the amount of the pizza to the party that paid for the pizza. The contract is used to prevent any party from benefiting from the situation at the other party’s expense; the restitution required under the contract is to make the situation fair.

The circumstances that led to the creation of a quasi contract

A quasi contract is an agreement that is created by law, rather than by the parties themselves. This type of contract typically arises when one party has performed a service or provided goods to another, and there is no written agreement in place regarding payment. In these cases, the courts will often create a quasi contract in order to prevent one party from being unjustly enriched at the expense of the other. In order to determine whether a quasi contract exists, courts will typically consider the circumstances under which the services were performed or the goods were provided. If it is found that a party would not have reasonably expected to be compensated for their work, then a quasi contract is unlikely to be created. However, if it is clear that both parties intended for there to be an exchange of value, then a quasi contract is more likely to be enforced by the courts.

The benefits of quasi contracts for both parties involved

A quasi contract is an agreement that is not legally binding, but is based on fairness. Quasi contracts are often used when two parties have an informal agreement, but one party does not follow through on their end of the deal. For example, if someone were to ask you to watch their dog while they went on vacation, and you agreed, but then the person never came back to get the dog, you could keep the dog and sue the person for the cost of care. In this case, the courts would likely find in your favor, because it would be considered unfair for you to have to bear the cost of care for a dog that was not yours. While quasi contracts are not legally binding, they can be enforced by courts as a way to prevent one party from taking unfair advantage of another.

The potential drawbacks of entering into a quasi contract

While a quasi contract can be a helpful way to formalize an agreement between two parties, there are some potential drawbacks to consider. First, because a quasi contract is based on the principle of fairness, it is not always clear what terms will be considered fair. This can lead to disagreements and even litigation. Second, quasi contracts are not always enforceable in court. This means that if one party breaches the agreement, the other party may not have any legal recourse. Finally, quasi contracts can Sometimes people enter into quasi contracts without realizing it. For instance, if someone receives services from a contractor but does not pay for them, the contractor may sue for the payment they are owed. For these reasons, it is important to be aware of the potential risks involved in entering into a quasi contract before agreement to any terms.

The History of Quasi Contracts

Under common law jurisdictions, quasi contracts can be followed back to the Middle Ages under a form of action known as indebitatus assumpsit. This law saw that the plaintiff in a case received a sum of money from the defendant, as dictated by the courts, as if the defendant had agreed to pay the plaintiff. Indebitatus assumpsit was the courts’ way to make one party pay the other as if a contract or agreement already existed between the two parties – the defendant’s promise or agreement to be bound by the contract requiring reparations was implied by law. At the very beginning of the quasi contract’s use, it was typically imposed in order to enforce restitution obligations.

Certain aspects must be in place for a judge to issue a quasi contract. One party – the plaintiff – must have given a tangible item or a service to another party – the defendant – with an expectation/implication that payment would be given. The defendant must have accepted or acknowledged receipt of the valuable thing but did not make any effort or offer to pay. Then, the plaintiff must express why it would be unjust for the defendant to receive the thing of value without paying for it, so the defendant received unjust enrichment.