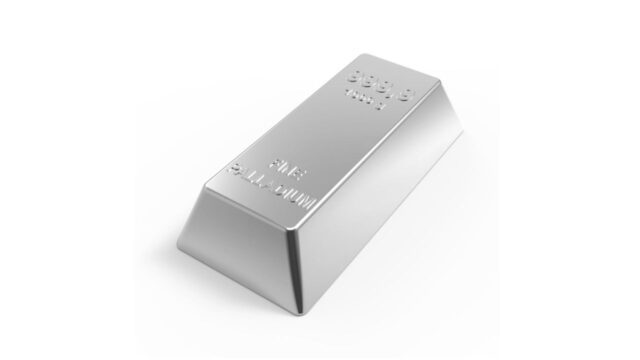 What is Palladium and what are its uses

Palladium is a chemical element with the symbol PD and atomic number 46. It is a rare and lustrous silvery-white metal found in sulfide deposits and used regularly in electronic applications. Palladium was first discovered by William Hyde Wollaston in 1803. He named it after the newly discovered asteroid Pallas. Although palladium has only been used for a few hundred years, it has already become an essential component in a wide range of products, from jewelry to car catalytic converters. In addition, palladium is also used in dentistry and medicine, as well as in the manufacturing of pesticides and other chemicals. As demand for palladium continues to grow, this versatile metal is sure to play an even more important role in our world.

How is Palladium mined and processed

Palladium is a rare, lustrous silver-white metal that is prized for its use in jewelry and electronics. Although it is found in small quantities around the world, the vast majority of palladium is mined in Russia and South Africa. In both countries, palladium is extracted as a by-product of nickel and copper mining. The ore is first crushed and milled before being subjected to a process known as Froth Flotation. This separates the palladium-containing minerals from the rest of the rock. The minerals are then further refined to extract the palladium. By-products of this process include rhodium, iridium, and platinum. Once extracted, palladium is often used to create alloys with other metals such as gold or copper. These alloys are then used in a variety of applications, including jewelry making, dental fillings, and electronic components.

What are the benefits of owning Palladium

Palladium is a silvery white metal that was first discovered in 1803 by Sir William Hyde Wollaston. Palladium is part of the platinum family of metals and shares many of its properties. It is lustrous, ductile, and has a low melting point. Palladium is also highly resistant to corrosion and is one of the most precious metals. Palladium is found in ore deposits and is mined in South Africa, Russia, and Canada. The main use for palladium is in catalytic converters for automobiles, but it is also used in dental fillings, alloys, electrical contacts, and jewelry. Palladium prices have been rising in recent years due to increased demand and limited supply. For investors looking for exposure to the precious metals market, palladium may be a good option.

How to buy and store Palladium

When buying palladium, it’s important to purchase from a reputable dealer. Check reviews online and make sure that the dealer has a good reputation. You should also ask for a certificate of authenticity for any palladium you purchase. This will help ensure that you’re getting what you pay for.

Palladium should be stored in a cool, dry place. Avoid exposing it to sunlight or excessive heat, as this can damage the metal. It’s also important to keep palladium away from chemicals, as some chemicals can react with the metal and cause it to deteriorate. When storing palladium, it’s best to keep it in a sealed container such as a zip-top bag or an airtight container. This will help protect it from the elements and prevent oxidation.

What events and news affect the price of Palladium

The future of Palladium

palladium is a relatively rare metal, and it is prized for its diverse range of applications. In the past, most of the world’s palladium has come from Russia, but recent years have seen increasing production from South Africa. Despite this increase, demand continues to outpace supply, and palladium prices have been volatile as a result. Looking to the future, it is likely that palladium will continue to play an important role in the global economy. As new uses for the metal are discovered and existing ones become more efficient, palladium will become increasingly valuable. With South Africa and Russia accounting for the lion’s share of production, it is likely that these two countries will continue to dominate the palladium market. However, new sources of supply may emerge in other parts of the world as well. Ultimately, the future of palladium looks bright, and the metal is poised to play an even more important role in the years to come.