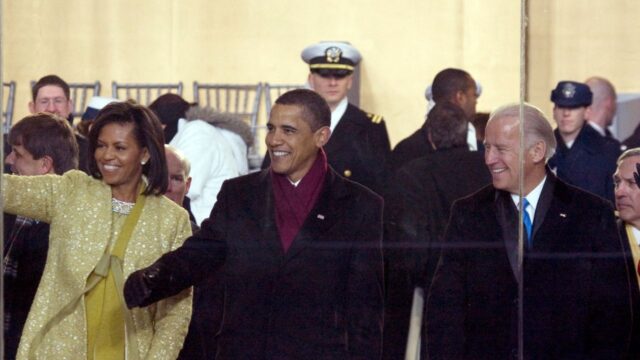 Obamanomics is the economic policy pursued by US President Barack Obama. The main goals of Obamanomics are to boost job creation and economic growth, while also reducing the federal budget deficit. To achieve these goals, Obamanomics emphasizes the need for increased government investment in infrastructure and education, as well as tax cuts for middle-class families and businesses. Additionally, Obamanomics seeks to create a level playing field for all businesses by pursuing financial reform and ending unfair tax loopholes. While some critics have argued that Obamanomics has not succeeded in returning the US economy to pre-recession levels of growth, there is no doubt that it has helped to create jobs and spur economic activity. With continued implementation, Obamanomics is likely to continue benefiting the US economy in the years to come.

The goals of Obamanomics

When President Obama took office in 2009, he faced the daunting task of repairing the damage caused by the Great Recession. In response, he formulated a plan of action known as Obamanomics. The goals of Obamanomics were to boost job creation, reduce the deficit, and increase access to affordable healthcare. To achieve these aims, Obama enacted a series of policies designed to stimulate the economy. One key component was the American Recovery and Reinvestment Act, which allocated millions of dollars for infrastructure projects and other initiatives. The stimulus package helped to create jobs and jumpstart the economy, eventually leading to a period of sustained growth. Thanks to Obamanomics, America is now back on track and thriving.

Obamanomics is the economic policies of President Barack Obama that were implemented in the wake of the Great Recession. These policies emphasis federal government intervention in the economy in order to stimulate growth and create jobs. One key component of Obamanomics is the Affordable Care Act, which was designed to provide health insurance to millions of Americans who were previously uninsured. Another key component is the stimulus package, which injected billions of dollars into the economy in an effort to jumpstart growth. So far, Obamanomics has had mixed results.

The unemployment rate has fallen from its peak of 10 percent during the recession to around 5 percent today. However, many critics argue that these gains are not enough, and that more needs to be done to improve the economy.

Since taking office in 2009, President Obama has faced significant criticism from both the left and the right over his economic policies, which have come to be known as Obamanomics. Critics on the left argue that the stimulus package was too small to make a significant impact, and that the president should have nationalized the banks and intervened more aggressively to address the foreclosure crisis.

Meanwhile, critics on the right argue that the stimulus was a waste of taxpayer money, and that the president’s regulatory policies are stifling economic growth. While Obamanomics has undoubtedly faced its share of challenges, there is no doubt that the president has made a sincere effort to improve the economy and create jobs. Only time will tell whether his policies will ultimately be successful.

Comparison to other economic theories

The Keynesian theory of economics is one of the most influential theories developed in the 20th century. The Keynesian approach has been used by policymakers to help mitigate the effects of economic recessions and depressions. While the theory has been highly influential, it has also been the subject of criticism from other economists. For example, some economists have argued that the Keynesian approach does not sufficiently account for the role of money in the economy. Others have critiqued the theory on the grounds that it does not adequately explain how economies can return to full employment after a period of recession. Despite these criticisms, the Keynesian theory continues to be one of the most widely-cited approaches in economics.

The future of Obamanomics

As the nation enters a new decade, it is time to take stock of the successes and failures of the Obama administration and craft a new economic policy agenda for the future. One key success of Obamanomics was the expansion of health care coverage through the Affordable Care Act. This increased access to care for millions of Americans and helped to reduce medical costs for families and businesses.

However, the ACA also increased the federal deficit, and critics argue that it did not do enough to control rising health care costs. Another key achievement of Obamanomics was the rescue of the auto industry during the Great Recession. This prevented a further escalation of job losses and helped to stabilize the economy. However, many jobs in the auto industry have been lost to automation, and wages have stagnated. Looking forward, it is clear that Obamanomics has had some successes but also faced some challenges.

The next administration will need to build on these successes while addressing the challenges in order to create an economy that works for all Americans.