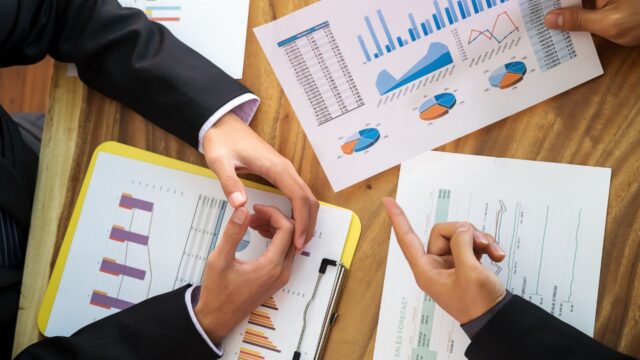 The Merton Model and Its Benefits

The Merton model is a classic financial model that combines the concepts of volatility and probability to predict the future of an investment. The Merton model has been used in financial markets for over four decades. This article explains the Merton model and its benefits. Read on to learn more. We’ll also discuss the Distance to Default, the Merton Model and Black-Scholes-Merton models.

To calculate the price of a call option, the Black-Scholes-Merton model takes current stock prices and multiplies them by a probability factor. Then, the Black-Scholes model divides this by the discounted exercise payment, or D1. But this formula fails to explain how to calculate D1, a fundamentally significant factor. The Merton model also focuses on this issue, writing entire research papers on the topic.

The Black-Scholes-Merton model was developed in 1973, by Fischer Black and Myron Scholes. It was named after them and was published in a Journal of Political Economy article in 1973. They collaborated with economist Robert C. Merton to extend the mathematical understanding of the Black-Scholes model. It is still one of the most popular methods for determining option prices. It is also used by stock options traders.

The KMV-Merton model was first published in 1974. It aims to calculate the volatilities and values of firms’ assets based on historical data. Its main assumption is that the total value of a firm follows a geometric Brownian motion process. The model has four parameters: V is the firm’s total asset value; m is the expected continuous return of V; sV is the volatility of the firm’s asset value; and dW is the standard Gauss-Wiener process.

When a company takes out a loan, it incurs risk. When a firm fails to make its payments, the risk of default increases. With this in mind, the KMV-Merton model can help banks to assess the risk associated with lending to a firm. The ability of a bank to ensure that its loan commitments are met helps to offset bad investments. However, using the model can lead to a false sense of security, resulting in an inaccurate public perception of the firm’s financial position.

The Merton-KMV model is a quantitative approach to evaluating credit risk. The model considers the probability of default based on the equity of a firm and the debt face value. In the context of leveraged firms, market values are not readily available. Therefore, investors must use the equity to infer market values. The equity in a firm acts as an equity call option. The strike price of the equity equals the debt, and the equity holders will walk away from the firm’s failure.

The Merton Distance to Default (DTD) model is a simple to use mathematical formula that predicts the probability of default. It is the ratio of the probability of a firm defaulting compared to its risk-free rate. It uses a normal distribution to convert its value to the Probability of Default. But in reality, the distribution is likely to have a fatter tail than the 1% assumed in the model. Using a default database, the author could improve the Transfer Function.

The model also uses financial leverage to measure a firm’s capacity to meet its financial obligations in the long run. The ratio of liabilities to equity is changed as the market value of total assets increases or decreases, affecting the distance to default. Consequently, large enterprises have a lower distance to default than small ones, indicating that they have greater ability to survive economic upheavals. However, a larger firm is more likely to avoid insolvency if it has higher leverage.

Although Merton’s original model had many shortcomings, it still has its merits. Its main purpose is to predict the probability of a firm defaulting. It does this by estimating the probability of default based on a composite parameter called DD. DD represents the risk of a firm defaulting in a specific period of time. In addition to risk, it is useful for predicting the future performance of a company.