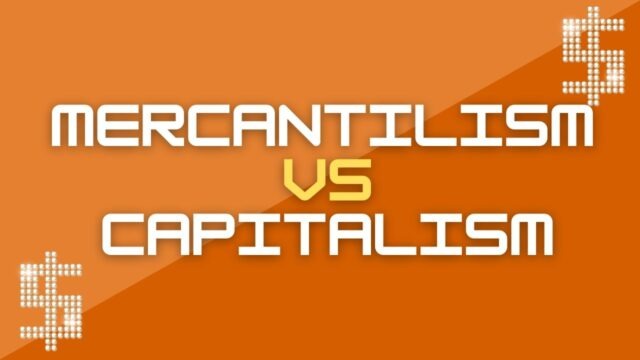 There is a lot of debate surrounding the two economic systems of mercantilism and capitalism. While both have their benefits, it can be difficult to determine which is better. In this blog post, we will explore the two systems in depth and compare them to each other. We will look at the benefits and drawbacks of each system and determine which one is ultimately better.

Capitalism is an economic system in which private individuals or businesses own the means of production and operate for profit. The main characteristic of capitalism is the pursuit of profit, which drives investment, production, and distribution. Throughout history, there have been a variety of different economic systems, but capitalism is the dominant system in the world today. While some critics argue that capitalism is exploitative and creates unequal societies, supporters argue that it encourages innovation and self-interest, which leads to economic growth. Proponents also point to the fact that capitalism has lifted billions of people out of poverty. Whether you support or oppose capitalism, there is no denying that it has had a profound impact on the world economy.

The benefits of capitalism

Capitalism is an economic system in which private individuals or businesses own the means of production and operate for profit. This system is based on the principle of free market competition, in which businesses compete for customers by offering goods and services at the best possible price. In a capitalist economy, businesses are free to set their own prices, hire and fire employees, and produce whatever they deem profitable.

The main goal of capitalism is to generate economic growth and wealth, which can create opportunities for businesses to invest in new products and services. capitalism has been shown to be an effective way of creating innovation and wealth. It has also been criticized for benefiting the wealthy at the expense of the poor, causing environmental destruction, and creating a culture of greed. Overall, capitalism is a complex economic system with both positive and negative effects.

The benefits of mercantilism

While this may seem like a simple enough idea, mercantilism has far-reaching effects on the economies of both exporting and importing nations. By creating a system of tariffs and other regulations, mercantilist nations are able to discourage imports and encourage exports. This, in turn, leads to an inflow of gold and silver, which can be used to fund public works projects or to pay for wars. Moreover, mercantilist policies often lead to increased production and employment, as businesses seek to take advantage of the favourable trade conditions. In sum, mercantilism is a powerful tool for increasing the wealth and influence of a nation.

The drawbacks of mercantilism and capitalism

They have number of drawbacks. Mercantilism can lead to exploitative relationships between colonizers and the colonized, as well as a created a zero-sum mentality where one nation’s gain is another nation’s loss. Capitalism, on the other hand, can lead to concentration of wealth and power in the hands of a few people, as well as widespread poverty and inequality. As a result, it is important to be aware of the drawbacks of both mercantilism and capitalism before implementing either system.

Comparison between the two systems

How did capitalism evolve from mercantilism?

Capitalism evolved from mercantilism as a result of the Industrial Revolution. This period saw a shift from an agricultural to an industrial economy, and the rise of new classes of capitalists and workers. The increased competition among capitalists led to lower prices and higher wages for workers, as well as new technologies and production methods.