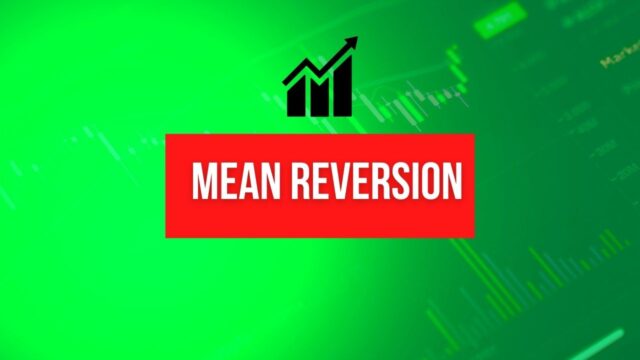 The market has shown an ability to bounce back from declines in the short term, with the S&P 500 gaining more than 10% in seventy-two percent of years since the beginning of the twentieth century. A correction occurs when a major event or economic shock causes investors to pause and re-evaluate their position. It’s also considered a reset, and markets generally rebound from corrections within a month or two. Since World War II, there have been 27 corrections involving the S&P 500. Average declines in this index are 13.7%.

The concept of mean reversion is not confined to stocks. It also applies to entire sectors of the economy and the stock market. Similarly, some alternative assets may revert to the mean. This concept can be an important factor for traders of more exotic financial products. In addition to its theoretical and practical value, the concept is important to note in light of recent events. For example, the Fed’s continued printing of money hurts emerging market economies. As a result, economic growth is coming down from lofty levels.

This trend can take several years or even decades. Nevertheless, most asset classes will experience a bear market at one point or another. In other words, an investor may need to sell some of their successful investments to maintain a stable portfolio. As a general rule, investors should rebalance their portfolios regularly. Besides reducing the risk of losing money, rebalancing allows investors to sell some of their winning investments.

Trading strategies based on mean reversion

The main principle behind trading strategies based on mean reversion is that prices tend to revert back to their intrinsic value over time. This is the result of new information impacting a market and taking time for participants to absorb the new information. This process enables the market to establish a fair value for an asset. The reason why trading strategies based on mean reversion work is that prices tend to move in tandem with the collective emotions of the market participants. Fear tends to be a larger emotion than greed, which is why mean reversion trading is so successful.

A trading strategy based on mean reversion requires the trader to buy a stock when its value has fallen and sell it when it has risen. The strategy relies on a benchmark, a band or a level, and data to back up the idea. Using the RSI indicator, a trader can spot extreme overbought and oversold price readings. It is vital to have the right technical indicators to identify a mean reversion trading setup.

Momentum and trend-following are opposites of mean reversion

In the stock market, momentum and mean reversion co-exist. Momentum, or buying the biggest winners, tends to last in the intermediate term, then revert to the mean in the longer term. Trend-following, on the other hand, focuses on buying the ten best stocks over the last five years and rebalancing monthly. Both strategies are potentially profitable, but there are some differences between them.

The study of momentum looks at whether the price and the indicator agree or disagree, which has important implications for trade management. Divergence can result in a trend reversal, whereas agreement indicates a continuation of a trend. The degree of agreement/divergence between price and indicator is relative, so it’s important to understand what makes each signal valuable. In general, the stronger the agreement, the better.

Impact of margin on mean reversion

Traders who use mean reversion to predict market movements do not actually trade in a direction. Instead, most professional mean reversion traders trade in relation to other securities. They use statistical arbitrage between two share classes, buying a cheaper share and selling a more expensive one, and bet on the tightening of the delta. Traders create systems to buy the cheaper share and sell the more expensive one, based on the fundamentals of that sector.

The impact of profit margin on mean reversion is not a cohesive thesis. Unlike ROE, profit margins are not independent from price growth. Profit margins have always been above historical mean levels, but their current state is not indicative of their ability to mean-revert. For example, corporate profit margin is only 31.2% above the long-term median, a far cry from the 60%-70 percent elevations of past years.