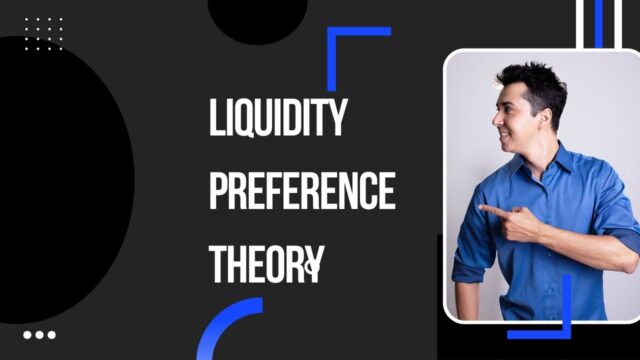 What is liquidity preference theory

The liquidity preference theory is a key component of Keynesian economics, which argues that the demand for money is a function of the interest rate. The theory states that people prefer to hold cash rather than other assets when the interest rate is high. In other words, people are more likely to save money when interest rates are high. The liquidity preference theory was first proposed by John Maynard Keynes in his book The General Theory of Employment, Interest, and Money. While the theory has been critiqued by some economists, it remains an important part of Keynesian economics.

How does liquidity preference theory work

One significant disadvantage is that it does not account for other factors that can affect interest rates, such as inflation. In addition, the theory assumes that people prefer cash to other assets, but this may not always be the case. Finally, the theory relies on the concept of a “representative agent,” which may not be realistic in the real world. Despite these drawbacks, the liquidity preference theory remains a widely used tool for understanding how interest rates are determined.

The liquidity preference theory is a key component of Keynesian economics, but it has come under fire from various quarters. One criticism is that the theory does not take into account the role of credit in the economy. Another is that it does not adequately explain why interest rates fluctuate. And finally, some economists argue that the theory does not provide a clear mechanism by which policy interventions can affect economic activity. While the liquidity preference theory has its critics, it remains an important part of Keynesian economics and continues to shape debates about monetary policy.

Economists have long debated the importance of liquidity preference theory, which states that people have a preference for holding more liquid assets rather than less liquid assets. While many economists believe that this theory is not particularly important in the real world, there are some situations in which it can help to explain human behavior. For example, when people are choosing between different investments, they may be more likely to choose those that are more liquid, such as stocks or bonds, rather than those that are less liquid, such as real estate or collectibles.

This behavior can also be seen when people are deciding how much cash to keep on hand. Those who are worried about a potential shortage of cash may choose to keep a larger amount of cash on hand than those who are not as concerned about this possibility. In general, then, while liquidity preference theory may not be terribly important in most situations, there are some circumstances in which it can help to explain why people make the choices they do.

The future of the liquidity preference theory is uncertain. The theory has been under attack for years by various economists. Some argue that the assumptions of the theory are unrealistic, while others claim that it cannot be used to explain all aspects of monetary policy. In addition, the recent financial crisis has led many to question the efficacy of the theory. It is possible that the theory will be revised or abandoned altogether in the future. However, it is also possible that it will remain a central part of economic thought. Only time will tell.